Catch live streaming of 1st Qualifying Final of the PSL 2016 between Peshawar Zalmi and Quetta Gladiators on PSL TV on YouTube.

Peshawar Zalmi will face off Quetta Gladiators in the first Qualifying Final of the Pakistan Super League 2016 at Dubai on Friday. As the tournament gets to its business end the games will start to get more intense and full of action as all the four qualified teams will look to give their best. The winner of this game will advance to the third qualifying final of the game and then to the final. This is a crucial game for both the teams as they have done really well in the group stages to reserve a berth in the Qualifying Finals of the tournament. Both the teams will be boosting with confidence as they have won their previous encounters and have done reasonably well in the tournament so far. Shahid Afridi will be the man to watch out for Peshawar Zalmi whereas Kevin Pietersen will hold the key for Quetta Gladiators.

Live streaming has become a global concept in a very short span of time, as it s ability to stream live matches online has taken the whole world aback. Sporting fans cannot enjoy anything more than watching their favorite sporting action on the go, on their gadget, as a good internet connection helps it on their mobiles, tablets, laptops, etc. It s has become immensely popular and official broadcasters have started launching their official streaming services as well for the fans to make it easy for them, with the services being available either for a free or paid version. However, few illegal sites have also started offering the service, but it could be malware affected, and viewers must avoid logging on to them as it could harm their gadget and also steal their valuable and personal information. 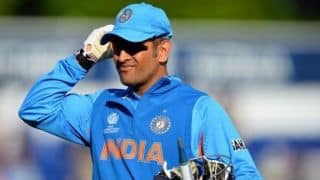