Peter Borren took on Netherland's captaincy from Jeroen Smits in 2009 and led the team for almost a decade.

Peter Borren has stepped down as Netherlands captain. Borren had taken the mantle from Jeroen Smits in 2009 and led the team for almost a decade. He captained for 37 T20Is and 31 ODIs before announcing retirement on April 18. His retirement have given an opportunity to Pieter Seelaar, who led the side while Smits was named team manager, taking over from Rob Kemming.

It was during World Cup Qualifier 2014 that Netherlands had lost their ODI status following a defeat against Kenya. However, six weeks later they made it to the main stage of the 2014 World T20 after a stunning chase against Ireland; they eclipsed both Ireland and Zimbabwe. Under Borren’s captaincy, Netherlands also won the 2015’s WCL Division 2 title in Namibia, shared the same year’s WT20 Qualifier trophy with hosts Scotland, and finally regained their ODI status by claiming the World Cricket League Championship title in Dubai in December 2017.

Netherlands also came third in the ICC Intercontinental Cup, behind Afghanistan and Ireland, under Borren’s leadership. Unfortunately, they failed to make it to the Super Sixes in the World Cup Qualifier 2018, in Zimbabwe. Borren has scored close to 4,000 international runs in his career, and is the third-leading run-scorer for his nation. He is also their only player to take 100 outfield catches. 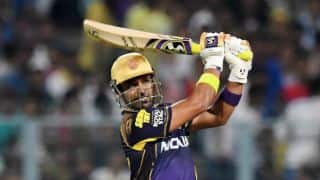 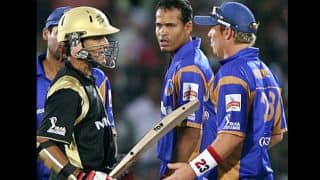