Mostly regarded as a specialist Test bowler, Siddle has been in impressive form for the Adelaide Strikers over the past couple of seasons. “I’d love to get back in the yellow-and-green for Australia in the shorter format,” Siddle told AAP on Tuesday.

The right-armer played a starring role in the 20-run victory against Sydney Thunder on Monday with figures of 3/20, which earned him the man of the match award.

He was in good form last season as well, claiming 11 wickets at an average of 20 and an economy rate of 5.94. This year, he has taken four wickets in the two matches he has played so far.

The 34-year-old, who has 214 wickets in 64 Test matches, asserted that he has the ability to make a mark for himself in limited overs cricket as well.

“I think I did (always have T20 bowling skills) but I hadn’t played enough to be able to bring them out,” Siddle said.

“Last year, playing a full season gave me an opportunity to train and prepare for it,” he added.

Along with his T20 ambitions, Siddle is also eying a spot in the Test squad with the Ashes series scheduled to be held in England later this year.

The pacer had played county cricket for Essex in 2018 and is confident that he will shine in England conditions for the Australian team.

“If you go back to a couple of years ago, you’d probably think I’d run my course and might not get that opportunity again,” he said.

“A good winter in England (with Essex) this year got me back in the frame. I’ve been around the Test team for the whole summer — I’m thereabouts,” he added. 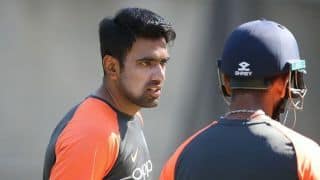