Australian bowlers hunted in a pack all througout the Test series to demolish the famed Indian batting line up and pace spearhead Peter Siddle said the home team reaped rich dividends by sticking to its plan of "bowling in partnerships". 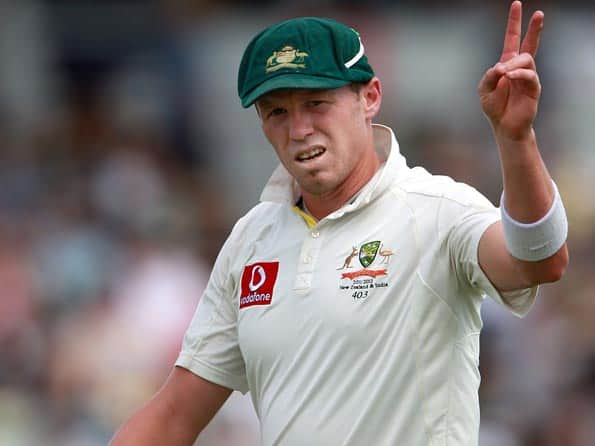 Peter Siddle bagged 23 wickets at an average of 18.65 against India in the Tes series Getty Images

Australian bowlers hunted in a pack all througout the Test series to demolish the famed Indian batting line up and pace spearhead Peter Siddle said the home team reaped rich dividends by sticking to its plan of “bowling in partnerships”.

Siddle, who was persistently hostile and aggressive throughout the series, attributed the Australian bowling unit’s success to combined efforts.

“There is always a lot of emphasis on batting partnerships and our big emphasis coming into this summer was bowling partnerships,” said the 27-year-old Victorian, who returned with match figures of six for 96 on a placid Adelaide track to earn the man-of-the-match award in the fourth cricket Test against India.

“We went about that spot on. No matter what attack we had, we stuck to our guns, we did the job. That was our plan, and we didn’t steer away from that. Every morning we knew we had to bowl in partnerships and be consistent and be patient. And I think it showed in the performances,” he said.

“At times the batters have set us up as well and we just knew we had to go out there and be patient. I think that just summed up the summer and what we wanted to achieve,” Siddle added.

Australia on Saturday crushed India by 298 runs in the fourth and final Test to complete a 4-0 series whitewash. Even though Siddle was full of praise for Australia’s bowling unit, he felt there was still some room for improvement.

“We still have room for improvement. We are going in the right direction. The good thing about the whole summer was the number of guys who played from Starcy (Mitchell Starc) and Jimmy Patto (Pattinson).

“There was a big turnaround from the start of the summer to now but we never changed. We always stuck to the same game plan which was to be patient, bowl in good partnerships and we would get the rewards,” Siddle said.

Siddle was always at the Indian batsmen throughout the summer but he rated one particular spell in second Test in Sydney, during India’s second innings, as the most outstanding of all.

“I think the best bowling spell we had was probably in Sydney when me and Hilfy (Ben Hilfenhaus) bowled in a partnership. We didn’t get any wickets but we bowled about nine straight overs of maidens,” he said.

It was the spell in which pressure was applied on Sachin Tendulkar and Gautam Gambhir as they were trying to forge together a big stand.

There were talks before the fourth Test that Siddle would be rested for the match as per Cricket Australia’s rotation policy, but he rubbished the speculations.

“You never want to miss a Test match for your country or T20 or one-day or whatever. You want to be out there and performing and competing for your team,” Siddle said.

“There was no doubt that I wanted to play this last match and help the team go for that 4-0 defeat.”

He also feels that lady luck smiled on him in this series.

“I was lucky enough to get the rewards but it was a great team effort. I had to turn it around or else the bowling coach and captain would really have been on my back,” Siddle signed off. (PTI)

BCCI must make sure that integrity of Ranji Trophy is maintained: Sanjay Dixit