Australia pacer Peter Siddle will remain in Melbourne and train on his own for the upcoming tour of India, giving a miss to Victoria's Sheffield Shield clash against South Australia, according to reports. 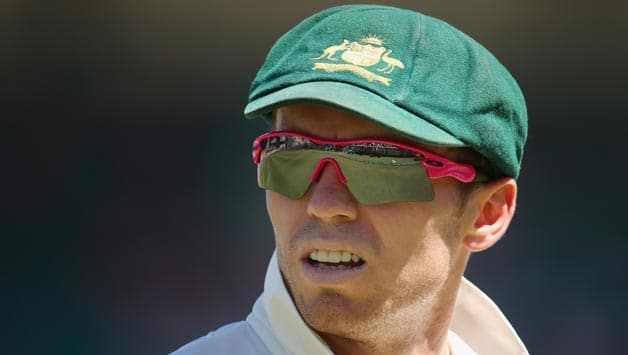 The right-arm pacer will be having running sessions, bowling in the nets, lifting weights in the gym – all designed to prepare the 28-year-old for the tour © Getty Images

Australia pacer Peter Siddle will remain in Melbourne and train on his own for the upcoming tour of India, giving a miss to Victoria’s Sheffield Shield clash against South Australia, according to reports.

Siddle, who was Australia’s top performer with the ball in the Test series against Sri Lanka and South Africa, will pay extra attention to develop strength, to survive in the four-Test match series starting February 22.
The right-arm pacer will be having running sessions, bowling in the nets, lifting weights in the gym – all designed to prepare the 28-year-old for the tour.

Siddle had a discussion with the Australian selectors and considering the fact that the pacer knows his body well, the selectors have asked Siddle to skip limited overs game and focus on Test series against India.

“This is the best way to do it, to have three or four weeks like a mini pre-season and get stuck in and really work hard on the fitness. Get the weights back into it and get the strength back in throughout the body that has worn off through a hectic summer and get the body strong again for India and leading into the Ashes,” Siddle was quoted as saying by news.com.au

“That was part of my plan, more so than the selectors. I had long chats with them about the history. I’ve played 13 first-class games two years ago just gone and, leading into March-April, I’ve broken down in the corresponding series afterwards. So that was the thing that I’d brought up, that I’d had little niggles,” Siddle said.

Siddle bagged as many as 24 wickets in five Test matches against South Africa and Sri Lanka, but he did miss one Test match against the African side at Perth.

Siddle said he wants be fit and fresh for the upcoming series.

“It’s such a big year ahead and the best preparation was to try to freshen up as best I can. I know my body best and I knew this is the best way forward.”

Siddle said he doesn’t want the selectors to face criticism if he breaks down with injury in India.”We would have got hit with ‘why wasn’t he rested when he was back home?” Siddle said.

The 28-year old is confident that it is the best preparation by him.

“It’s a no-win really for us. This is the best preparation and the rewards will come out in India. I’ve been outside as much as I can trying to work in the heat to get used to the Indian conditions.”

Siddle compared cricket with AFL and said that the former doesn’t have the option of preparing four-months in advance to help players.

“Everyone’s getting criticism about the rotation policy and blokes getting rested but, if you go through the other sports played in Australia, they’ve all got a pre-season,” he said.

Meanwhile, Siddle’s teammate in Victoria and Australian national side, James Pattinson will return to action in the Sheffield Shielf clash after a two-month break.