The amended PCB constitution has curtailed dictatorial powers of the chairman of the PCB.

The Pakistan Cricket Board (PCB) received a major shot in the arm after the last petition to prevent changing its constitution was dismissed by the Lahore High Court on Wednesday. The move now allows the PCB to implement its new constitution in full, as well as to reform the governing board and launch its restructured domestic set-up starting September 14.

In an interim judgement on August 23, the court had put suspended the new constitution for five days.

Another petition regarding the termination of four coaches by the PCB and third one which questioned the constitution complicated the intention behind the petitioner’s filings.

According to its judgement, the court maintained that any grievances regarding the implementation of any order, they should approach the PCB to sort it out. “Nearly 20 petitions have been dismissed,” Taffazul Rizvi, the PCB’s legal advisor, was quoted as saying in the report.

“The writs were frivolous and not even worth the paper they were written on. The petitions were bereft of any legal ground and they were filed with the connivance of terminated PCB employees and district presidents.

The new PCB constitution the fifth time since 1995 and the fourth in the last 12 years since the constitution has been amended has curtailed dictatorial powers of the chairman of the PCB and has passed most of them on to the newly appointed managing director to share power more effectively and reduce conflicts of interest.

The changes were initiated by the board’s chairman Ehsan Mani.

“It was obvious to all the knowledgeable and passionate cricket fans and followers that the intentions of the petitioners were malafide and were aimed at disrupting Pakistan cricket activities and bringing embarrassment to the PCB and the country.

“The 2019-20 season will be a season of celebration for Pakistan’s cricket fans as we host Sri Lanka for three ODIs and as many T20Is from 27 September to 9 October. Furthermore, high-powered delegations from Cricket Australia and the England and Wales Cricket Board will be visiting in September and October respectively as part of our preparations for their future tours to Pakistan.” 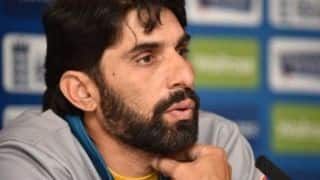