Fans around the world placed cricket bats outside their front doors as a mark of respect.

Thousands are set to attend the funeral of Australian cricketer Phillip Hughes on Wednesday, after the death of the young batsman from a freak on-field injury shook the sport and triggered an outpouring of grief. Hughes, 25 and on the cusp of a recall to the Test team, died from bleeding on the brain last Thursday after being hit on the base of the skull by a rising ball while playing at the Sydney Cricket Ground. Catch all the live updates of Phillip Hughes’ Funeral here.

His tragic death stunned Australia, where cricket is considered the national game, and has prompted the rescheduling of the upcoming India Test series, while fans around the world placed cricket bats outside their front doors as a mark of respect. In Hughes’ hometown of Macksville, on Australia’s east coast, tributes to the opener who scored three centuries in 26 Tests hang in shop windows, while ribbons in the green and gold colours of the Australian Test team adorn telephone poles.

“It’s so huge. It’s so massive. It’s so shocking, you never expect this to happen in cricket. Everyone knows the risks of rugby… but this was just so shocking. And he had so much potential,” said local resident Bethany Simmons of the response to Hughes’ death as she looked at the tributes with her children.

Macksville itself, home to a population of just 2,500, is bracing for the funeral which will be attended by cricket luminaries such as Shane Warne, Brian Lara, Richard Hadlee, Virat Kohli and Hughes’ first Test skipper Ricky Ponting. Prime Minister Tony Abbott will also be at the memorial.

Current Australian captain Michael Clarke, a close friend of Hughes, will be among the pallbearers and deliver a tribute during the service which starts at 2:00pm (0300 GMT) and will be televised live across the country. Hughes’ parents Greg and Virginia and siblings Jason and Megan have invited the whole town to the service at Macksville High School, with about 1,000 expected to cram into the hall and 4,000 more filling overflow areas.

After the service, Hughes’ hearse will travel down the town’s main street, with mourners expected to line the procession to bid farewell to one of their favourite sons. “There’s not one Australian who can’t be with us here in Macksville to celebrate Phillip’s life. That’s something, again, that’s been very exceptionally moving for the family, to think that the whole of the country can stop and join them in celebrating his life and sending him off in the way that they really want to. Hughesy was a really no-fuss guy and I know he would be looking down at all of this and wondering what the hell’s going on,” Hughes’ manager James Henderson said.

Hughes died after his vertebral artery split when hit by the ball, leading to massive bleeding in his brain. It was a freak injury, with only 100 cases ever reported and only one as a result of a cricket ball. Henderson said Hughes’ family had been moved by the support from around the world. “They’re very proud that their son has made such an impression on people who knew him and obviously now people who have come to know him in this unfortunate circumstance.”

As she walked the main street looking at the tributes, local resident Zan Moc said she wished the family well. “They gave us their son — I just hope that we can all support them,” she said. 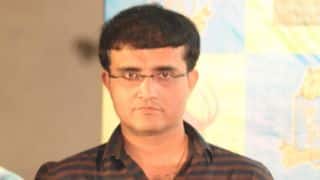 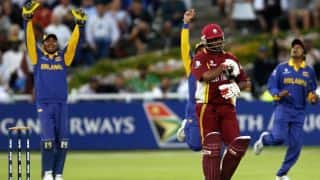