Ganguly also said that ICC should instruct the helmet manufacturers to be a bit more protective.

Former India skipper Sourav Ganguly was also shocked by the passing away of such a talented and young cricketer in a tragic way.

“Nothing is safe. The ball is hard. It can kill you. It has happened in the past. It happened today. You got to be very careful especially with the helmets. The ICC probably has to instruct the helmet manufacturers to be a bit more protective. The biggest problem with the helmet is the area between the neck and the shoulder. When you are hooking or late on the ball, it comes quick and it hits you on the face, for which you have the visor. But if its late, it hits you on the back.”

“So they will have to find a way to cover that area and make sure it’s a bit safer. You don’t want young men to lose their lives. He was just 25. At the end of the day its just a sport.

“The moment I heard this I was remembering MCG when I got 80 and was hit by Brett Lee at the back of my head. And I remember that big ball for a month. So that hurts! At least I was on the luckier side. It didn’t take my life. Any sport can kill. See football. Its played with a soft ball and think of that incident few days back when the tongue went inside and his colleague took it out and saved his life in a fraction of a second. It happened in the recent past, he added.

“Sport is such a thing it can kill anyone. Look at wrestling, boxing. If you are hit in the wrong place. He was unlucky. When you play international cricket you are ready to get hit. You will get hit. And Phil Hughes was not the last person to get hit on the head. His time was up and he had to go.”

On Sean Abbott, Ganguly said that the pacer will deal with it.

“It’s tough. They are friends. When your person gets hit its very hard,” he said.

On the though of Abbott thinking a hundred times before bowling another bouncer, Ganguly said it’s a far fetched thought.

“I don’t thinking that far yet. He’s got to recover.” 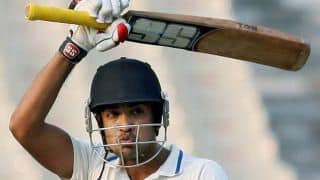 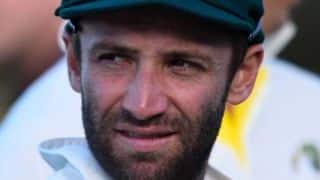