“The first two sessions of day one did not go their way, but as the game progressed, they showed glimpses of what they are capable of."

Afghanistan faced embarrassing defeat against India in their maiden test at at M Chinnaswamy Stadium, Bengaluru. India completely dominated over them in all the departments wrapping up the match in two days winning by an innings and 262 runs. However, coach Phil Simmons  believes Afghanistan have potential to become a good test playing nation but mountains to climb.

“I believe, the team has the potential to emerge as a good Test-playing country but the task at its hands is like climbing a mountain,”

Prior to the match Simmons had pointed out batting to be one of the weakness of the visitors. Afghanistan were out twice on Day 2. The first innings they were out for 109 as the second innings were winded up by 103. The Indian spinners were the main architect of Indian victory.

Simmons also talked about the first two sessions on the first day when Shikhar Dhawan  and Murali Vijay  dominated the Afghan bowling attack. However, they fought back strongly which impressed the coach. “The first two sessions of day one did not go their way, but as the game progressed, they showed glimpses of what they are capable of, but I don’t think they will be happy with their performance,” he said.

“You can play as many four days matches, but facing number one team in the world has showed in a big way how competent Test cricket is,” he concluded. 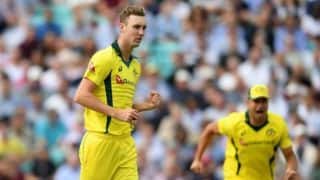 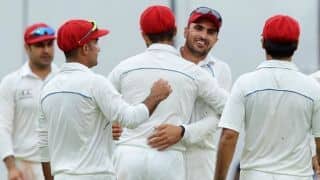