The main reason for Simmons's sacking is believed to be his opposition against the influence over the selection policy.

The West Indies Cricket Board (WICB) has sacked Phil Simmons as the coach of its national team on Monday. According to the latest reports, the main reason behind Simmons’s sacking is said to be his criticism of the One-Day International (ODI) squad selected for the tour of Sri Lanka. The former West Indian cricketer having received a mail from the board on the same on Monday morning, the authenticity of which was confirmed by a board official according to a report on ESPNCricinfo. Simmons had been appointed coach of the West Indian national cricket team following their quarter-final exit from the ICC Cricket World Cup 2015, prior to which he had been coaching Ireland. READ: Simmons unamused at ‘outside factors’ resulting in snub of Dwayne Bravo, Kieron Pollard

Ahead of the tour of Sri Lanka, Simmons had voiced out against interference in the West Indian selection policy, which he claimed was highly influenced. Simmons left no stone unturned to make it clear that there is tremendous “influence from outside”, and the Caribbean side is not as strong as it should be due to the exclusion of key players such as Dwayne Bravo and Kieron Pollard.

A selection meeting was held on September 23, and despite having a strong backing, the two current cricketers were ignored. He has spoken to the senior cricketers Bravo and Pollard, as well as Sunil Narine about their plans, and the two cricketers away from the national side have expressed that they want to play limited-overs cricket for the West Indies POLL: Phil Simmons’ sacking, right call by West Indies? 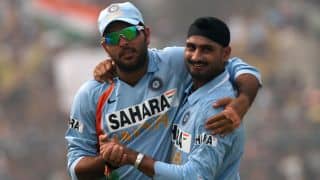