A man moved to Madurai High Court to stop India from touring Australia due to safety issues.

In the wake of the Phillip Hughes tragedy, a man here moved the Madras High Court today for restraining the Indian team from continuing its tour of Australia, saying pitches in that country are bouncy and players could face a threat to their lives.

Petitioner K Praveen Kumar of Pudukottai district said four cricketers had died since 1870 after being hit by a cricket ball. The doctor who attended on Hughes had said the injury he suffered was catastrophic.

The petition will come up for hearing before the bench here next week.

Despite extensive surgery the cricketer had died, Kumar said, adding bowlers now use various techniques to outwit batsmen. The bouncer was one such.

He said the death of Hughes had rekindled the debate on risks to head and brain injuries. Though cricketers wear helmets, they get injured. There had also been questions raised about bouncers. But commentators say it was part of the game.

According to Kumar, the Indian team should not continue the tour unless and until total protection was given to the players.

He also sought a direction from the court to the Ministry of Culture and Youth Affairs and Sports to take over Board of Control for Cricket in India (BCCI) management and ensure effective and trustworthy conduct of national and international cricket matches in the interest of the public.

Kumar contended that it was government’s duty to protect the lives of cricketers also, adding their safety, liberty and equality should be guaranteed according to the Constitution.

He also sought a direction from the court to BCCI to not proceed with cricketing fixtures, considering the players’ safety. 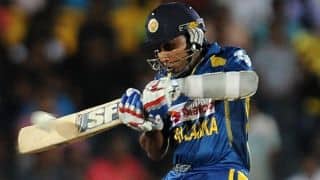