At present, two bouncers are allowed per over in Test matches and ODI cricket.

Former Australia fast bowler Merv Hughes has supportedthe use of bouncers in cricket as he believes that the tragic demise of Australian cricketer Phillip Hughes was an isolated case.

Hughes said demands to change the bouncer laws would have made sense if such incidents were happening at regular intervals. However, it is completely different when it is an isolated case, he added.

At present, two bouncers are allowed per over in Test matches and one-day international cricket. Hughes further said that a bowler never try to hurt the batsman intentionally as all he would want is to take his wicket.

Hughes had hit Jamie Siddons with a short ball 25 years ago that shattered the batsman’s jaw in a Sheffield Shield match between Victoria and South Australia. 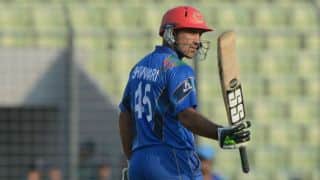