"we just use bouncers to scare batsmen. We dont want to hot or kill someone." said Akram

Wasim Akram has come in defence of the “bouncer” stating that the intention behind bowling the delivery is never to hurt batsmen but rather to intimidate them in order to hamper their footwork.

The Former Pakistan captain Akram expressed grief on learning about the unfortunate demise of Australian batsman Phillip Hughes due to a freak injury which was the result of being hit on the back of the head by a bouncer, htcafe quoted Akram saying ” its sad to hear of a young life departing. He was a tremendous player. I’ve done a lot of commentary while he was playing. In the cricket fraternity everyone knows everyone.”

“As far as bouncers are concerned, we just use them to scare batsmen. We dont want to hot or kill someone. He missed the ball and the helmet didn’t cover the back of his head, so it went in from beneathy. That’s dangerous and we need to do something about the technology [to develop fail-proof helmets]” 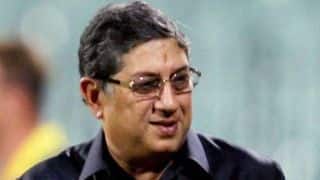