Catch all the live updates of the Phillip Hughes' Funeral here.

A sad, poignant, beautiful service to celebrate the life of Phillip Hughes today in Macksville #RIPPhillipHughes

Will miss you Phil. Your enthusiasm to learn and drive for perfection was most impressive. #FarewellHughes pic.twitter.com/5tpK0asSFg

Elton John’s “Don’t Let the Sun Go Down on Me” is being played as the coffin is being carried out. A distraught father Greg is consistently consoled by Aaron Finch. Jason Hughes is there among the pallbearers too. Following them were Phil’s mother Virginia alongside Megan.

Heart-rending funeral in Australia. Phil Hughes, we will miss you. Your game & exuberance won you fans all over! RIP.

The final commendation has begun.

James Sutherland: “On behalf of Cricket Australia and every cricket fan in the world. The Hughes’ family has lost a son and a brother. Words will be not enough in times like these. A great deal can be packed into a short time if you have the talent and spirit. In the last week the world has gone through profound pain. From Australian PM to the community leaders, all have paid tributes. It tells so much about the cricketer and how much love he earned. The boy from this comminuty in Macksville personified the spirit of Australian cricket.”

“His journey from backyard to the baggy green personified the Australian cricket. His performance in the second Test in South Africa was something like a dream come true. I suspect that he is up there, already have setup his guard and playing the trademark cut short. To Virginia, Greg, Jason and Megan, the cricket heart is paining, and wherever cricket is gathered his memory will be close to the heart. Phillip Hughes, unconquered at 63.”

Michael Clarke: “I am deeply honoured to be asked by the Hughes family. Taken away so early from the game and his family, I know it’s crazy but I still expect a phone call from him any minute. His spirit will be with me everytime. I walked at the SCG on the same grass on Thursday night, on the same field where we achieved so much. Now it’s the place where he fell. I felt the grass.

“I am humbled to be in the presence of you, his family, his friends and his community. He was so proud of Macksville and it is easy to see why today. Taken from the game, his family and loved ones at the age of just 25, he left  the mark on our game that needs no embellishment.

“I don’t know about you, but I keep looking for him. I know it is crazy but I expect any minute to take a call from him or to see his face pop around the corner. Is this what we call the spirit? If so, then his spirit is still with me. And I hope it never leaves.”

“I can see his presence and the people across the globe have paid rich tribute. His spirit has brought us closer. He always wanted to celebrate his love for the game. This is called the spirit of the game. From a little girl in Karachi holding a candle to the legendary cricketers like Tendulkar, Lara and Warne.”

“We must dig in and we must get through to the tea. Rest in peace my little brother, I will see you in the middle,” ends Clarke, breaking down at times during his talk and controlling his tears.

A Hughes’ family friend, Corey Ireland talks, “I can remember the first time I met Phillip and Greg at the Royal Easter Show many years ago. We were exhibiting cattle and had two heifers in an auction that night. Greg and Hughesy, introduced themselves during the presale  inspections. And we talked about the cattle. Much to my amazement we suddenly seemed to have a lot of interest in our cattle, there were at least 50 or 60 people crowding around. I thought this was fantastic.

“As I don’t have a great knowledge of cricket, the penny didn’t drop until Hughesy had bought one of the heifers, EllaD 52. I was so embarrassed. And apologised for my ignorance which Hughesy and Greg thought was tremendously funny.”

“Hughes wanted to have a family, he would have been a great father.”

“Hughes wanted to build a business, he asked me, ‘will you help me establish the business?'”

Megan Hughes: “You were the most amazing brother I could ever have. I promise you Phil I will continue to lead the life you wanted to. From morning to night. How lucky and blessed you were to achieve what you have and what all you have accomplished. I will always remember and admire who you were and never changed. I am sorry you are not there with us but I will continue to honour your memories. There won’t be days when I will not think of you and talk to you.

“I promise that all the dreams and thoughts we had about the future, I will continue in your honour. I know it’s time to say goodbye but I have realised goodbye isn’t forever. I love you big brother, ” says Megan.

Jason Hughes: “I write this letter to explain to you how much you meant to me. This is the most important letter that I will ever write in my life. I could not have asked for a better little brother, who was a rockstar. You had a homegrown technique. All I wanted was to have you looking up to me as an elder brother. I still can’t believe I am here to bid you the final goodbye.”

“When you were 16 you ran somewhere because you wanted to get a break. There are many stories that I wanted to share but some of the them are not appropriate.”

“From a very young age you were destined to be a rockstar. All I wanted was you to look at me as your big brother. You taught me so much, gave me a strong desire to succeed. You always had to win and keep batting for days. I am glad I played a major part in your achievement. You told me to move to Syndey when I turned 21. I was on the first flight to be a part of the journey,” says Jason Hughes.

“I promise to get back on the horse and play the game we both loved. You always had the looks, you always had the hair. I couldn’t have asked for a better little brother,” Jason Hughes adds.

Phillip Hughes’ cousin Nino Ramunno has been invited by the family to deliver the eulogy.

“Phillip idolised his mother, he was a mumma’s boy.”

“He was good at ironing, he was very conscious of looking good and he always left home with clothes ironed well and neat and clean. Phillip was always a country boy at heart but loved what the city could offer him,” says Ramunno.

Watching the funeral of a guy I didn’t know, but it’s obvious he was very special. Touched the lives of many. Gone too soon. #RIPPhilHughes

Says Ramunno, “I have been granted the honour to speak on behalf of the family at today’s celebration for the life of my cousin, Phillip Joel Hughes. Phillip Joel Hughes was one of a kind. A young kid from the country who dared to dream big and showed if you set your mind to it, you could achieve greatness.

“Phillip was born in Macksville hospital on November 30, 1988. To proud parents Virginia and Greg Hughes and brother Jason. He was a large baby and when our Italian grandfather, Vince, laid eyes on Phillip for the first time, his first words uttered to aunty Virginia and uncle Greg was “Bafoon”.

“Which roughly translated into English means “Large”. Hence this was the first nickname that Phillip received, ultimately this ended up being shortened to Buff which many of us called him for the years ahead.”

“He was always so humble; he was always the country boy.” – Slater #RIPPhillipHughes #63NotOut pic.twitter.com/NV9E2VFyM8

Phillip Hughes’ funeral has begun with the opening music ‘Forever Young’ playing, as Father Michael Alcock has just entered. “We have gathered to celebrate his 26 years, that’s what we are here for this afternoon. Greg and Virginia, and family, we are here to show our love and support,” says the father.

“We pray this afteroon and celebrate his life,” he adds. “Greg and Virginia, our hearts are aching for you.”

Father Alcock adds, “For all of us here, Phillip Hughes’s extended family, immediate family and friends. We give the God thanks for the blessings of this young man. To those both near and far whom his life has touched. And we pray this afternoon that today we will feel some consolation as we celebrate his life.”

James Henderson, Hughes’ manager says, “Wish the Lord will give the righteous.”

Phillip Hughes’ bat is there right next to his casket.

Father Alcock: “The Hughes’ family is tough and resilient on this tough afternoon. I checked the records where Phillip was baptised in 1991. In a short time he walked as a child in his light, in a passionate way. I know there are questions, why Phillip, why taken so young, but I have no answers to them. But I know that we come together as one to ask the God to take him in his safe.”

Dear Australia, you are in our thoughts and prayers on this difficult day. Rest well, Phillip Hughes. #63NotOut pic.twitter.com/RLukTsES6p

Paying my respects @scg to a little champion that I am going miss watching play the game we love. #RIPPhillipHughes pic.twitter.com/TAOzJObjWi

Locals at the Star Hotel raise a glass to their hero #RIPPhillipHughes pic.twitter.com/6ihhI9xMbh — cricket.com.au (@CricketAus) December 2, 2014

Hello and welcome to CricketCountry’s live coverage of Phillip Hughe’s Funeral. Here we will be updating you about all the happenings of the Funeral of Hughes which is set to take place at Macksville.

With the whole cricketing world in a shock after the tragic demise of one-off Australia‘s finest rising stars, Phil Hughes on last Thursday; the world gets set for his funeral as the last rites are all set to take place on Wednesday (December 3) at New South Wales‘s Macksville town in the Macksville High School. Since his childhood, Hughes was brought up in Macksville. Here are the details regarding the funeral ceremony reported by Cricket Australia‘s official website.

The funeral would start off from 2pm AEDT (8.30 IST) at the above venue. Regarding the traveling details, extra flights have been arranged by Qantas and Virgin Australia for those who are willing to travel to Macksville to it’s nearest major airport at Coffs Harbour. It’s about 1 hour & 30 minute drive to the school from the airport. However, general people who would mourn would not be permitted to enter the main hall of the funeral, but instead can watch it on the giant screens across the areas of the school oval.

For those who would be unwilling to travel but would want to watch it can tune in to Channel Nine which would be broadcasting the ceremony live from Macksville while people can also travel to a few of the cricketing venues like SCG, Adelaide Oval, Blundstone Arena, Federation Square and WACA to catch the proceedings on the giant screens. ABC and Fairfax Radio would provide the live radio broadcast from 1.30 pm AEDT as well of the ceremony while people from all across the world could catch the live streaming on Cricket Australia’s app, official website or on the social media platforms. 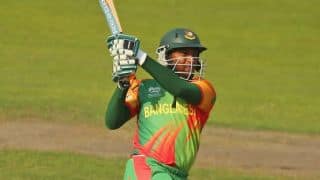