The funeral would start off from 2pm AEDT (8.30 IST) at the Macksville High school.

With the whole cricketing world in a shock after the tragic passing away of one-off Australia‘s finest rising stars, Phil Hughes on Thursday; the world gets set for his funeral as the last rites are all set to take place on Wednesday at New South Wales‘s Macksville town in the Macksville High School. Here are the details regarding the funeral ceremony reported by Cricket Australia‘s official website.

The funeral would start off from 2pm AEDT (8.30 IST) at the above venue. Regarding the traveling details, extra flights have been arranged by Qantas and Virgin Australia for those who are willing to travel to Macksville to it’s nearest major airport at Coffs Harbour. It’s about 1 hour & 30 minute drive to the school from the airport. However, general people who would mourn would not be permitted to enter the main hall of the funeral, but instead can watch it on the giant screens across the areas of the school oval.

For those who would be unwilling to travel but would want to watch it can tune in to Channel Nine which would be broadcasting the ceremony live from Macksville while people can also travel to a few of the cricketing venues like SCG, Adelaide Oval, Blundstone Arena, Federation Square and WACA to catch the proceedings on the giant screens. ABC and Fairfax Radio would provide the live radio broadcast from 1.30 pm AEDT as well of the ceremony while people from all across the world could catch the live streaming on Cricket Australia’s app, official website or on the social media platforms. 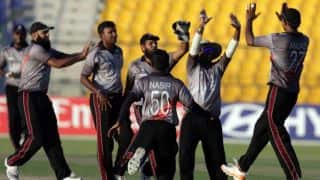