Phil Hughes passed away, sending the cricket world into a state of shock.

St.Vincent’s Hospital Medical Staff: The head injury that he suffered. He was rescuscitated very well. The first priority was giving him a cat scan to determine the main problem. If there is a lot of blood around the brain, one can get unconscious. He had extensive surgery to allow his brain to extend.

James Sutherland: Phillip was a cherished son, brother and team-mate. In these darkest hours, cricket puts its arms around its brother. As a cricketer, Phillip was dearly loved. He was a rising, his best years was yet to arrive for him. He will remember as one of the few to earn a baggy green cap, cap number 408

Michael Clarke: Cricket was Phillip’s life, and we as a family shared that love with him. We are devastated by the loss of our son, brother. We’d like to thank the hospital staff for their efforts concerning Phil Hughes.

Australian batsman Phillip Hughes died Thursday from his injuries after being hit on the head by a bouncer in a domestic game this week, never regaining consciousness, reported AFP.

“It is my sad duty to inform you that a short time ago Phillip Hughes passed away,” Australian team doctor Peter Brukner said in a statement.
Hughes was 25. “He never regained consciousness following his injury on Tuesday,” added Brukner. He was not in pain before he passed and was surrounded by his family and close friends. As a cricket community we mourn his loss and extend our deepest sympathies to Phillip’s family and friends at this incredibly sad time.” 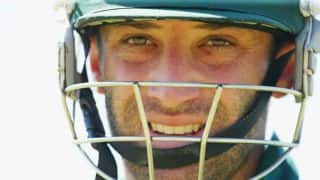 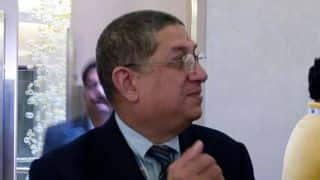