Waugh stated that Hughes loved playing Test matches and had the fire in his belly to score runs.

Former Australian Test captain Steve Waugh has revealed that the late Australian batsman Phillip Hughes was destined for greatness as he was always eager to develop his skills and increase his knowledge on cricket.

Waugh stated that Hughes loved playing Test matches and had the fire in his belly to score runs. He used to ask suggestions from senior players on improving the techniques and game for long hours, he added.

According to him, he wasn’t given an extended run that he required as he was dropped five times in 26 Test matches. All young players require time and support to have a long period in Test cricket, he added.

He further said that Hughes was picked when he was out of form and dropped when he was in form. He added that it was very difficult for Phil to establish himself in the side, the Sydney Morning Herald reported.

Lamenting the tragic loss of Hughes, he said that his young son Austin and Hughes used to have long conversation about cricket, and he burst into tears when he heard the unfortunate news. 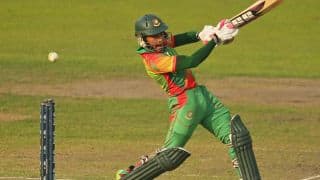