Darren Lehmann was able to watch football on Sunday as 4th Test between Australia and England finished in three days.

Australia coach Darren Lehmann was spotted at Britannia Stadium in Stoke watching Barclays Premier League football match between Stoke City and Liverpool. A couple of days back Lehmann had seeking company to watch this match, but faced a lot of criticism from many poople as Australia had lost The Ashes 2015 in a humiliating manner against England. England thrashed Australia by an innings and 78 runs in the fourth Test at Trent Bridge. Many took to Lehmann on social media for being so lax. Lehmann decided he wanted to use the ‘free’ Sunday to take in a match between Stoke City and Liverpool on the opening weekend of the new Premier League season. “Would like to go to Stoke v Liverpool with a couple of people anyone help? READ: Ashes 2015: Darren Lehmann faces flak on Twitter for asking people to accompany him football match

What a day thanks @stoke city. Go well .Go the Potters. pic.twitter.com/YLWyWfvE9m

An unamused Lehmann responded to the jibes by tweeting: “Thanks so much for the abuse, was asking a question that people might help. Don’t bother now! Thanks again people for being so abusive.”

Australia however have a chance to redeem themselves in the fifth Test at The Oval. Having already lost the series they will be looking to savour some pride by winning the final Test. It will also be the final match for their sipper Michael Clarke. Current vice-captain Steve Smith is tipped to takeover as captain and his first assignment will be to lead the side in Bangladesh. Both Lehmann and England coach Trevor Bayliss have backed Smith to come good as captain. READ: Darren Lehmann, Trevor Bayliss believe Steve Smith is right man to take over as captain of Australia 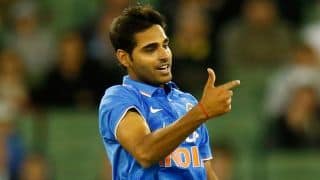 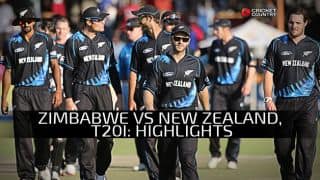 Zimbabwe vs New Zealand, one-off T20I at Harare: George Worker’s 62 and other Highlights