Indian skipper Mahendra Singh Dhoni finally got some action in India–Zimbabwe ODI series. He got engaged in a football match after the match with his teammates between Football giants Argentina and Spain on PlayStation. The Indian skipper was busy in a football match with Jaydev Unadkat, Karun Nair and Mandeep Singh (who is yet to play his debut match) with Akshar Patel as a spectator in the hotel room. The photo shows them so engrossed in the football game as if they are kids. The last photo posted on Twitter was Dhoni taking a selfie with the team while having dinner after their first ODI win. He didn’t get to bat in a single ODI throughout the three-match ODI series. He won his first ODI series whitewashing the other team. This is also the first instance he did not get to bat in the entire series. ALSO READ: PHOTO: MS Dhoni ,Team India have dinner post victory over Zimbabwe

This tour has so far been a one sided affair with visitors humiliating the hosts in every match. India had five uncapped players in this tour out of which four made their debut. KL Rahul made a century in his debut ODI and a half century in third match. Faiz Fazal too made his debut in the last match and scored a half century. He made his debut at 30 years of age. Karun Nair failed to impress in the first match, getting out cheaply but scored 39 in the next match. Yuzvendra Chahal too had a great tournament taking six wickets. Mandeep Singh is the only uncapped player in the tournament. ALSO READ: India vs Zimbabwe 2016, 3rd ODI at Harare: Faiz Fazal’s fifty on debut, Jasprit Bumrah’s four-for and other highlights

Controversies surrounded this tournament as Zimbabwe’s head coach, Makhaya Ntini expressed his dissatisfaction over BCCI sending a second tier team to tour Zimbabwe. The controversy grew even bigger as he made a shocking statement after second ODI that he wanted to hang himself from Tomato tree after his team’s disappointing loss. The two teams are yet to play their three-match T20 series starting June 18, 2016. 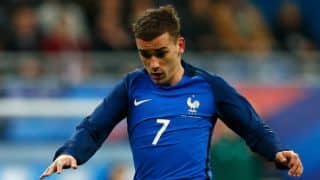