MS Dhoni shared a selfie to support the #saluteselfie campaign.

MS Dhoni on Saturday shared a post on Twitter to support the #saluteselfie campaign which has been started in an effort to salute the efforts of the Indian soldier with the Independence Day coming on August 15. Dhoni not touring Sri Lanka has made full use of the time spending it with the army. He was reported to arrive at 50th Parachute Brigade in Agra for initial training in para jump. Reports flew on Twitter that Dhoni was expected to do five parachute jumps after training for two weeks at the base. In July, it was reported that Dhoni was set to spend some quality time with the armed forces before the ODI series against South Africa.

Dhoni was bestowed as the honorary lieutenant colonel in the elite Parachute Regiment by the Territorial Army for his cricketing contributions in November 2011. “Why I got here is because of cricket. I would like to serve actively in the Army only after cricket. I don’t want my cricket to suffer because that is something I am good at. Once my cricket career is over, I would definitely like to serve in the Army,” he had then said. Dhoni played football in Ranchi, a sport he played much before taking up cricket. To test his endurance he participated in a football match involving Silli Football Academy and has been playing badminton side-by-side to stay in shape. “I was testing my endurance after a month,” Dhoni was quoted as saying by Hindustan Times. Dhoni managed to score a goal for his team too. READ: How MS Dhoni spends time off the cricket field! 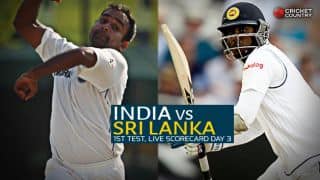 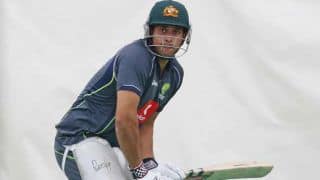 Usman Khawaja, Joe Burns put on 82 for the first wicket for Australia A in the final against India A in Chennai