Sachin Tendulkar was given the honour to perform the rituals—breaking a coconut and garlanding the stumps—for launching the Mumbai Ranji team’s net practice session at the Bandra- Kurla Complex on Wednesday with the 2015-16 edition of Ranji trophy set to begin on October 1. Tendulkar, who spent almost three hours with the cricketers, said he enjoyed the interaction with the Mumbai boys where he saw their preparation for the upcoming season and also shared his experience that might be a huge help for the young players. Being the 40-time champs, Mumbai are always under pressure to win the title, with anything less than a final appearance seen as a failure. READ: Sachin Tendulkar spends weekend in Kerala backwaters

According to Times of India, the former cricketer further added, “The boys are talented for sure. Mumbai has a tremendous cricketing history, so the expectations are obviously going to be there. I told the boys to take confidence, rather than burden and pressure, from this history. Everyone wants to play for India. But it’s not so easy. There have been many (Mumbai) players who’ve represented India. There was a time when Mumbai had as many as six players in the Indian team. You can’t expect the same thing to continue. Then, it was Karnataka and Delhi’s turn to do so. It’s a cycle.” MCA may request Sachin Tendulkar to play exhibition match for Marathwada drought-hit areas

The legendary batsman admitted to wanting to see Mumbai produce good cricketer. “I would like the Mumbai cricketers to do well, but in the larger picture, I would like India to produce good cricketers. It’s important to have a healthy domestic cricket competition which produces cricketers of international level who’re good at the international level too. Commenting on the current Indian team, he said that he is very hopeful about the side as it is a beautiful blend of talented youngsters. “There may be changes, but the core will continue for a few years to come,” he signed off. READ: MCA may request Sachin Tendulkar to play exhibition match for Marathwada drought-hit areas 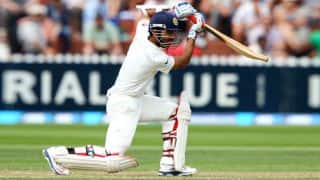 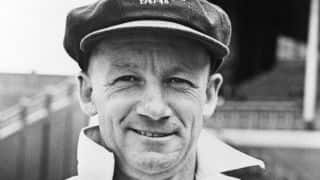 VIDEO: How to play cricket? Learn it from Sir Don Bradman, Keith Miller, Neil Harvey, Richie Benaud and other legends