Pakistan and Zimbabwe are scheduled to play two T20Is and three ODIs.

Pakistan’s Twenty20 International (T20I) team left for Zimbabwe as skipper Shahid Afridi took a selfie with his entire team. A sports journalist from the country shared the snap on social media wishing the side good luck for the series: “And the tour begins. Pakistan T20 team for Zimbabwe Tour. GOOD LUCK Guys!.” Both the countries are going to play two T20Is before locking horns for three One-Day Internationals (ODIs), with all the games scheduled to be played at Zimbabwe’s Harare Sports Club. Apart from these cricketers, some budding youngsters have been recommended to be included in the Pakistan camp for Zimbabwe tour to be held from September 17 to 20 at Lahore. PHOTO: Shoaib Malik gears up for Pakistan’s tour of Zimbabwe 2015

Recently, Pakistan Head Coach Waqar Younis has said that their upcoming tour to Zimbabwe will provide his side with the much needed experience so that they can perform better as a unit in the series against England, which starts from October 13 in the United Arab Emirates (UAE). Waqar was confident that Pakistan can beat England in the upcoming three-match Test series in UAE. The former captain also indicated that Pakistan would rely heavily on their spinners to test the English batsmen. “More than the limited over series in Zimbabwe, we are totally focused on the Test matches against England. 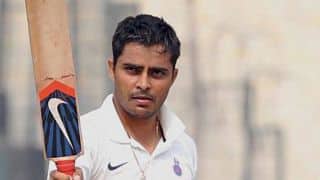