Virender Sehwag has two elder sisters, Anju and Manju and a younger brother.

Virender Sehwag, who is not a part of the Indian squad that is currently in Sri Lanka playing the three Tests series, has shared pictures of his Raksha Bandhan celebration with his sisters. The cricketer spent his childhood in a bungalow in a joint family, with siblings, uncles, aunts and sixteen cousins and from the two snaps that he shared, he is seen celebrating the auspicious festival with two of his sisters who could possibly be his elder sisters– Anju and Manju. READ: Ajantha Mendis: MS Dhoni, Virender Sehwag played me the best

Sri Lankan legend Ajantha Mendis admitted today that Sehwag and Indian ODI skipper Maehndra Singh Dhoni played his bowling best among all the batsmen he had played against. “Of all the international batsmen I bowled to, MS Dhoni played me the best and so did Virender Sehwag. That Sehwag wouldn’t let us settle in. You couldn’t bowl one loose ball and hope to get away,” Mendis was quoted as saying by Mumbai Mirror.

Recently the cricketer was in news when he had confirmed his decision of quitting Delhi to play for Haryana, especially after finishing as Delhi’s leading run scorer in the last domestic season. Sehwag’s switch doesn’t come as a surprise at all. He had his issues with DDCA. Even back in 2009, he had threatened to walk out, alleging corruption in the association. Sehwag is the most successful batsman from Delhi at the Indian domestic level, scoring 17,000 plus runs across three formats. READ: Virender Sehwag quits Delhi for Haryana 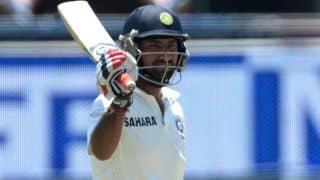