Kohli is concerned about as to how the pink ball will behave under lights when India face Bangladesh in Kolkata. 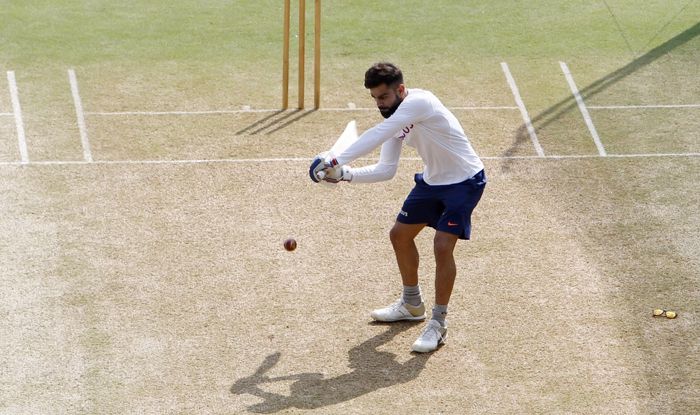 India’s first-ever Day-Night Test is still over a week away but captain Virat Kohli is concerned about how it will behave under lights when India face Bangladesh in the second Test at Kolkata’s Eden Gardens starting November 22.

One of the many factors that promise to go into India’s preparation for the historic Test is the amount of swing the pink ball will offer, and based on what Kohli understood from his session batting against it, the Indian captain is certain it will behave differently to the traditional red ball.

“I think it’s a new way to bring excitement to Test cricket. The pink ball I played yesterday, I felt it swings a lot more as compared to the red ball because there’s extra lacquer (quote of paint) on the ball which doesn’t go away too fast. And the seam holds upright quite a bit,” Kohli said on the eve of India’s first Test against Bangladesh.

“If the pitch has extra help for the bowlers, then they will be in the game, especially fast bowlers throughout the course of the Test match. I don’t know how the old ball behaves because with the dew and the lacquer going off, it will be interesting to see how much the old ball does.”

The dew factor is something former India batsman Sachin Tendulkar had raised concerns about. With Kohli and most of the players from the Indian squad lacking the experience of playing with the pink ball, the skipper stressed on the need to keep eyes on it since it might be difficult to pick off the pitch.

“It was to work on the reflexes a little bit as well. Because when you play with the red ball in the net and you arrive at the pink ball, it gets very difficult to pick, which can be the case in the game as well. To get into that zone was the reason behind it.”

With that the attention shifted to what lies ahead on Thursday the first Test at Indore. Bangladesh’s are hurting since their defeat to Afghanistan in the one-off Test against Afghanistan in September and to make matters worse, they are without their two most talismanic cricketers Tamim Iqbal and Shakib Al Hasan. Not many expect Bangladesh to do great things against the No. 1 Test side in the world but Kohli is not ready to led his and his players lose focus even for a session.

“In Test cricket, I don’t think you can afford to take focus away. Not even one session, not even one over. With the red ball you need to be absolutely precise in your focus, every game that you play, every ball that you play, every situation that you are in. Our prime focus is tomorrow’s Test match. We are looking forward to that first and then we will focus on the pink ball later,” Kohli said. 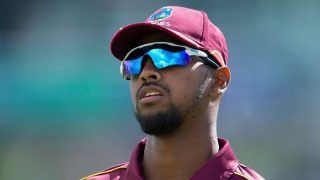