The incident took place in the fifth over of the Bangladesh second innings when the 31-year-old bowled a nasty bouncer which hit Mohammad Mithun flush on the helmet as he was looking to take evasive action. 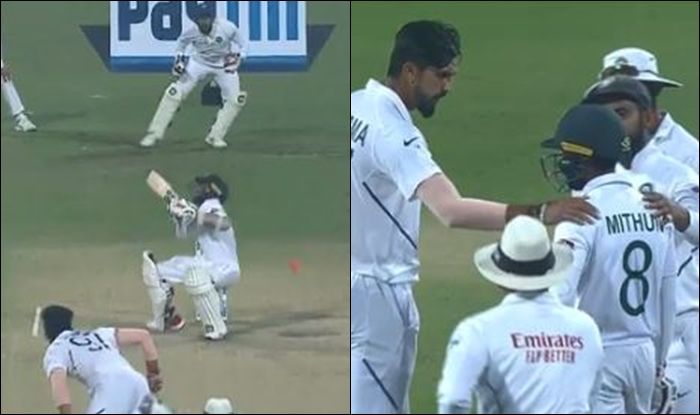 India pacer Ishant Sharma was on fire with the pink ball on day two of the ongoing Pink-Ball Test at Eden Gardens, Kolkata on Saturday. Sharma was the pick of the bowlers as he scalped four wickets to reduce Bangladesh to 152/6 at stumps. The Delhi-born pacer is having a great outing with the pink ball as he picked up a fifer in the first innings to bundle out the visitors for a paltry 106 on the opening day of the Test.

The incident took place in the fifth over of the Bangladesh second innings when the 31-year-old bowled a nasty bouncer which hit Mohammad Mithun flush on the helmet as he was looking to take evasive action. On impact, it looked really nasty and out of sheer concern, the Indian players – Ishant, Ajinkya Rahane and Ravindra Jadeja swarmed around Mithun to find out if he was doing fine. Mithun looked stone-faced as the physio rushed in to take stock of the situation. Tough Mithun continued to bat, he perished soon for six off 12 balls.

Here is the video where Indian players showcase ‘Spirit of Cricket’:

#SpiritOfCricket #TeamIndia members rush to find out if Mohammad Mithun is fine after getting hit on the helmet. #PinkBallTest pic.twitter.com/zPUBqX5Zap

Meanwhile, India captain Virat Kohli passed the litmus test with the Pink-Ball as well as he conjured up a classic hundred to put the hosts in a commanding position against Bangladesh in their maiden Day-Night Test on Saturday. Apart from Kohli’s ton, veteran pacer Ishant Sharma continued to torment Bangladesh batsmen at the Edens with his speed and bounce to push India closer to another innings victory in Test cricket. 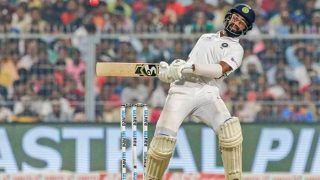 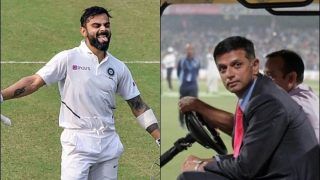 Not Virat Kohli, Rahul Dravid is The First Indian to Score Century in Pink-Ball Cricket in a Competitive Match | FACT CHECK