Bangladesh tail-ender Nayeem Hasan took a nasty blow during the 25th over on his helmet of the bowling of Mohammed Shami. 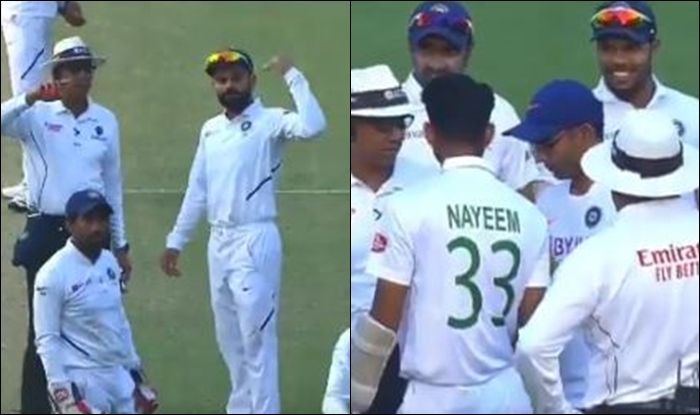 How often do you see an opposition physio helping during a cricket match? Such a thing rarely happens, but it did take place at the Eden Gardens, Kolkata during the historic Pink-Ball Test between India-Bangladesh on Friday.

Bangladesh tail-ender Nayeem Hasan took a nasty blow during the 25th over on his helmet of the bowling of Mohammed Shami. After he was hit, India players looked concerned as they walked up to him to enquire. It seemed that the Bangladesh physio was not present and Team India asked their own physio, Nitin Patel, to come in and have a look at Hasan.

In the end, it’s all about the #SpiritOfCricket.#TeamIndia physio, Mr. Nitin Patel attends to Nayeem after he gets hit on the helmet.#PinkBallTest pic.twitter.com/pFXsUfXAUY

Earlier in the day, Umesh Yadav grabbed three wickets as Indian pacers toyed with Bangladesh batters to leave them tottering at 73/6 at Tea on Day 1 of the second Test at the Eden Gardens.

To make matters worse for Bangladesh, wicketkeeper-batsman Liton Das was retired hurt for 24 after he was hit on the helmet by a Mohammed Shami delivery when he was batting on 15 when umpires called Tea during the first-ever Day-Night Test being played between the two nations.

Nayeem Hasan, playing his first game of the two-match series was batting on 0 at the break. 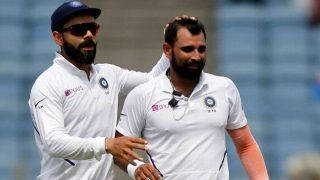 Consistency Both at Home And on Away Soil is What Has Made India’s Bowling Attack Deadly: Azharuddin 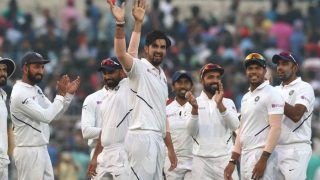