New Delhi: The Board of Control for Cricket in India (BCCI) president Sourav Ganguly sent shockwaves through the cricketing fraternity with his cryptic tweet regarding the start of a new chapter in his life.

Sourav Ganguly became the BCCI president in 2019 and has done a lot of work for cricket in the country. He has been on the post for a long time and might look for alternatives going forward.

On Wednesday, he posted a cryptic tweet which hinted at a possible resignation from his post. He tweeted, “2022 marks the 30th year since the start of my journey with cricket in 1992. Since then, cricket has given me a lot. Most importantly, it has given me the support of all of you,”

The former Indian captain thanked all those people who have helped him in his journey so far. He wrote, “I want to thank every single person who has been a part of the journey, supported me, and helped me reach where I am today.”

Sourav Ganguly also hinted towards starting a new chapter in his life. He tweeted, “Today, I am planning to start something that I feel will probably help a lot of people. I hope you continue your support as I enter this chapter of my life.”

Sourav Ganguly has not resigned as the president of BCCI: Jay Shah, BCCI Secretary to ANI pic.twitter.com/C2O3r550aL

As Sourav Ganguly’s tweet sent shook everyone in the cricket fraternity, the BCCI Secretary Jay Shah denied reports of him leaving the board. “Sourav Ganguly has not resigned as BCCI President,” news agency ANI tweeted quoting Jay Shah.

The former Indian opener played a total of 113 Tests in a career spanning 1992-to 2008. He also featured in more than 300 ODIs for the Indian cricket team. 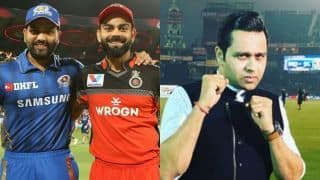