However, Azhar has cautioned against jumping to conclusion as the 18-year-old Mumbai batsman has just played one Test. Making his India debut, Shaw scored 134 to become youngest from India to do so in a maiden Test innings.

It s just been one performance, Azhar was quoted as saying by Sportstar on Friday. He has done a great job by scoring his first Test hundred at the age of 18; it is not an easy task. But I think jumping to conclusion and comparing is also not right.

Azhar, who also scored a century on Test debut, added, All the cricketers come from different eras, so it is very difficult to draw a comparison between them. Everyone is good in their respective eras.

Shaw has witnessed a meteoric rise to his career having scored a century on Ranji, Duleep Trophy and India debut. His strokeplay has been compared to batting legend Sachin Tendulkar. Azhar has advised Shaw to ignore all the similarities that are being drawn between him and other cricketers saying he should focus on playing his natural game.

He should play his natural game. When you play your natural game, you end up scoring more times than not scoring. He should back his technique and that is very important. He might have failures down the line, but these are the things that happen to every cricketer. He should go out there and enjoy his game rather than bothering about all these things (comparisons), Azhar, who played 99 Tests, said. 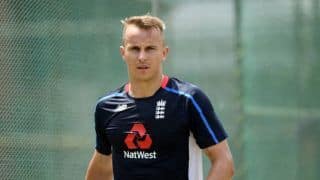