The BCCI top brass had always wanted to carry out a proper accreditation process of Players' Agents but the proposal met with a "lot of resistance" from senior players in the earlier years. 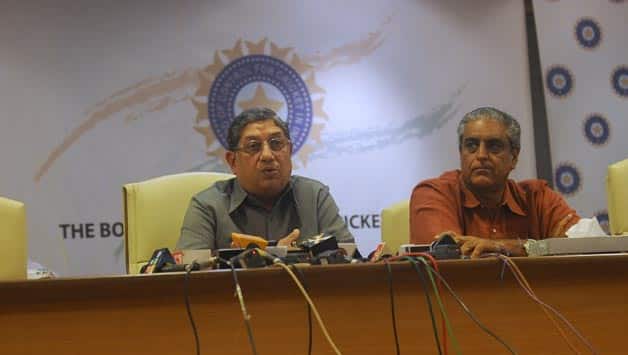 The BCCI top brass had always wanted to carry out a proper accreditation process of Players’ Agents but the proposal met with a “lot of resistance” from senior players in the earlier years.

“A few years back, BCCI was almost ready to carry out accreditation process of the agents but it met with a lot of resistance from senior Indian cricketers. The topic came up for discussion today as to how senior players had then stopped BCCI from initiating the move,” a senior BCCI official who attended the working committee meeting told PTI on Sunday.

The official informed that they are preparing the framework of how the ‘Players’ Agents’ will brought in the BCCI ambit which will help them to execute a better monitoring process.

“There were reports that during India’s last tour of Australia, there were atleast 5-6 agents who were staying in the team hotel and acted like players’ extended family. This is a disturbing trend that has been going on. If BCCI can accreditate agents, atleast we can force them to adhere to our guidelines which we can’t at the moment,” the official said.

The senior BCCI officials are especially worried about how lot of India U-19 players have been lured by agents.

In fact the Delhi cricketing circle spoke in hushed tones about the agent of one of the promising U-19 cricketer, who would be always seen during domestic or even ‘A’ team matches and that too in the enclosure close to the media box.

It has been learnt from sources that former India captain and member of Governing Council Ravi Shastri spoke “passionately” about how the board needs to clamp down on nexus between players and shady people while another former captain Anil Kumble mostly remained quiet as he joined the other members via video conference.

IPL chairman Rajeev Shukla also gave some valuable inputs while DDCA president Arun Jaitley spoke at length about the legal modalities that can be introduced in the contracts.

Is David Warner going the way of Shane Warne, his doppelgänger?