The Australian Cricketers' Association (ACA) has raised questions over Cricket Australia's (CA) financial warnings as the game's position remains positive compared to other sports in the country.

The Australian Cricketers’ Association (ACA) has raised questions over Cricket Australia’s (CA) financial warnings as the game’s position remains positive compared to other sports in the country.

“Cricket is yet to suffer a significant negative revenue event associated with the COVID-19 pandemic. The financial position of cricket is therefore very positive relative to Australia’s winter sports,” ESPNcricinfo quoted ACA chief executive Alistair Nicholson as saying in an email to members.

“The players express their support for staff at CA who have been stood down on 20 per cent of their wages and wish them a speedy return to full-time work,” it added.

Cricket Australia on April 16 announced that it would be standing down its majority of staff from April 27 until the end of the current financial year due to the coronavirus pandemic.

Nicholson further explained that cricket’s financial position would stay positive as, with effective plans, it can resume from this summer.

The biggest concern stemmed from the possibility of India not being able to undertake their tour later this year which could cost CA 300 million Australian dollars if it doesn’t take place.

However, there have been questions raised about how open CA have been with their financial figures.

Until now only a very small amount of cricket has been effected with the one-day series between Australia and New Zealand called off after one match and the Sheffield Shield curtailed by one round and the final.

There are also positive signs as to the chances of hosting international cricket in Australia later this year. 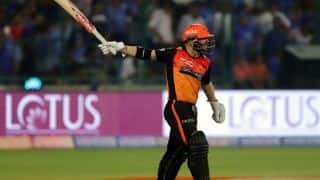 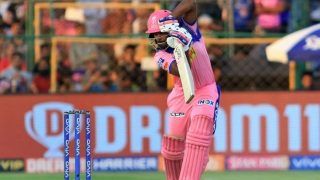