Azhar Ali believes Pakistan's ongoing five-match ODI series in England will bode well for the players when the team heads into the World Cup.

Azhar Ali believes Pakistan‘s ongoing five-match ODI series in England will work well for the players when the team heads into the ICC Cricket World Cup starting May 30. Ali, who retired from ODI cricket in November last year believes the experience of playing in England just before the World Cup should get the best out of the players and backed Pakistan to lift the World Cup for the first time since 1992.

“We always enjoy playing in England and have played a lot of cricket in England in the recent past. These five ODIs will help us as well,” Azhar said during the ICC #CWCTrophyTour Super Saturday in Bristol. “I’m looking forward to the summer, hopefully we can lift the cup. Wherever you re playing, if you have information and experience of playing in the conditions. It will benefit Pakistan a lot. But all ten teams have potential to win games and we ll have to see what kind of capability they have.”

Azhar was part of the Pakistan side lifted the ICC Champions Trophy in England in 2017, and having experienced a slice of history himself, the batsman thinks Pakistan have what it takes to lift a trophy once again at Lord’s. He also mentioned that since not many give Pakistan a chance, it makes the side even more dangerous.

“It’s annoying for us to keep being unpredictable, but it’s true. We know we can bounce back from anywhere and that makes us dangerous. We have done well in World Cups, even though no-one rates us that highly in the build-up. We always produce good performances so hopefully this will be a special one,” said Azhar.

Azhar witnessed from close quarters what his then team-mate Mohammad Amir did to India during the CT final. However, not in the squad of 15 for the World Cup, Amir has a last chance to make the flight to England provided he does well in the current series. Amir is expected to be in action in the second ODI at Southampton on Saturday.

“It’s up to the selectors but Amir is definitely a very good bowler,” Azhar said. “He’s lacked form in a few ODIs and didn’t perform up to his potential, but we all know he’s world-class. It’s up to the management and selectors to decide whether he’s up to it or not. If he performs well against England, he might just get in the squad.”

The opening combination of Imam Ul Haq and Fakhar Zaman has done well for Pakistan and Azhar feels that the team might stick to the tried and tested pair despite the availability of Mohammad Hafeez.

“I think Imam and Fakhar have been doing well up front,” Azhar said. “I’m sure they’ll go for the same combination at the top of the order. Hafeez wants to open but he has been doing very well in the middle-order. That’s the way it is right now but I m sure the management are weighing up the combination right now.” 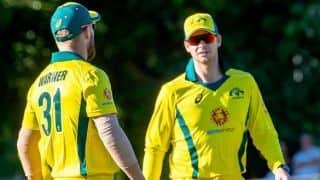 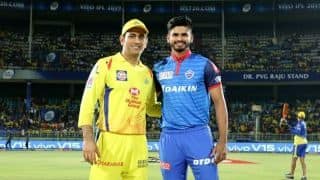