India next take on South Africa in a 3-Test series starting January 5, 2018.

India rounded off an impressive home season after demolishing Sri Lanka 3-0 in the T20I series. India’s stand-in skipper Rohit Sharma said that the series has been a success given the composition of the side. Rohit also said the team is very much looking for to South Africa tour which is due in a week’s time.

Speaking in the post match presentation Rohit said: Looking forward to the South Africa tour. It’s going to be a different challenge. But I want to reiterate about our home season – it’s never easy to beat anyone.”

India have never won a series in South Africa. Also, there is no guarantee that Rohit will start in the XI in the first Test at Cape Town on January 5.

Taking about the recently concluded series, Rohit added: “Happy with the composition we had throughout the series. Guys who got opportunities made it count throughout. Thoroughly a team effort. Each and every guy has put in a lot of effort. They’ve done their homework thoroughly, which was pleasing. Lot of the guys you see were playing their first game, second game, but it never felt that way. They’ve played lot of cricket in home conditions – IPL and things like that. They were confident and it was our job as management to back them. It’s a great occasion to play for your country. They came and did what they were expected to do.”

He also opened up on the long home season and its learning. He said: “Since we started playing against Australia at home, we started doing things right. There were few hiccups in the middle. Games like Dharamsala which taught us a lot. As a batting unit too, we were challenged at different times, but the way we came back was very good. 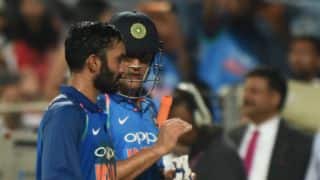 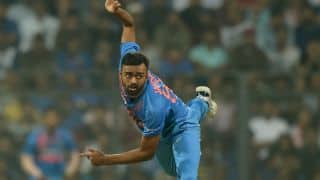