A plea has been moved in the Delhi High Court challenging selection of the under-16 cricket team by cricketing body DDCA to represent the national capital in zonal and national level tournaments.

The plea has challenged validity of the selection process by which the Delhi and District Cricket Association (DDCA) selected a 15-member under-16 squad to represent the national capital in cricket tournaments at zonal and national level.

The petition has alleged that the entire selection process was a “sham” and “violated principles of natural justice”.

Petitioner, Arun Hamrol has claimed that the three-member Selection Committee appointed by DDCA’s Cricket Committee had on three separate dates between October 1, 2018 and October 5, 2018 called several hundred young players for trials and on each occasion gave them “hardly a minute” to prove their abilities.

Thereafter, the Selection Committee on October 16 published a final list of 15 members who would constitute the under-16 team, the petition has said.

The petitioner has sought quashing of the selection and direction to DDCA to “evolve a fair and transparent method” to select players. 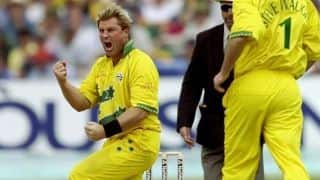