The fourth and final day of the County Championship game between Surrey and Middlesex was abandoned as a draw after the arrow attack.

Londres: Police arrested a man on Saturday in connection with Thursday’s bizarre arrow attack during a county cricket match at The Oval. The 35-year-old man was subsequently ‘bailed pending further enquiries to a date in late September’ the police said in a statement. The fourth and final day of the County Championship game between Surrey and Middlesex was abandoned as a draw after the arrow, reported to have a metal tip, landed near Surrey fielder Ollie Pope and close to the pitch.

“Detectives investigating an incident where a crossbow bolt was loosed into the Oval Cricket Ground have arrested a man,” read the police statement. “The 35-year-old man was arrested on suspicion of attempted GBH this morning (Saturday, 2 September).”

They are still pursuing enquiries and have asked for any footage the 1000 or so spectators might have of the incident. “There were significant crowds watching the match and it is likely that a number of those present will have footage of the incident that could assist in our investigation,” said Detective Constable Dominic Landragin.

“Although nobody was injured, this was a reckless action taken with no regard for the safety and wellbeing of the spectators or the players. It is important that we trace those responsible and I urge anyone who has footage of the incident to get in touch as soon as possible 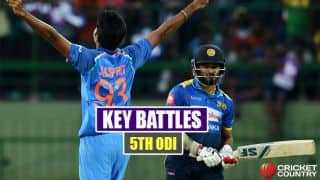