Steyn was doing an #AskDale session on Twitter and a fan ended up asked him about the best batsman that he had ever played against. His list also includes flamboyant batsmen Chris Gayle and Kevin Pietersen.

“Faaak bud they all good ey! Ponting was prime, Sachin was a wall, Dravid, Gayle, KP, they were all so good!” Steyn replied.

In another question when asked about pacers having perfect bowling action, the 36-year-old termed his team-mate Kagiso Rabada’s action as “smoothest and easiest action to generate pace”. Steyn also picked Australian speedster Pat Cummins as his close favourite bowler.

Steyn had announced his retirement last year from the red-ball cricket, which he termed as the ultimate form of the game.

Explaining his decision, Steyn said that it was in the best interest of prolonging his career. He continues to remain available for South Africa in both ODI and T20I.

The fast bowler represented South Africa in 93 Tests and took 439 wickets at an average of 22.95. Steyn became the leading wicket-taker for his nation in the longest format after he went past Shaun Pollock in 2019.

He was last seen in action during the Pakistan Super League as he represented Islamabad United. The pacer managed to take two wickets from four matches in the tournament.

He last played a match for South Africa in February this year after representing the side in a T20I match against Australia. 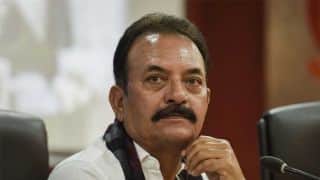 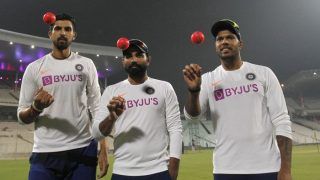 Batsmen Can Still Get Away But Tough For Fast Bowlers: Ex-India Trainer on Absence of Outdoor Training