Portable Detector Can Detect Concussion Right on The Cricket Field

In good news for athletes or cricketers who suffer a concussion on the field, a team of doctors and engineers has developed a noninvasive way to measure whether brain cells are in distress using an infrared laser. The device uses optical fibres to deliver pulses of infrared light to a person’s forehead.

This light can penetrate through the skin and skull to the brain without doing harm, interacting with an important molecule for metabolism called cytochrome C oxidase, or CCO.

This could enable concussions to be diagnosed on the sidelines of the game, while also providing rapid feedback as doctors adjust treatment.

“At present, there is no one test that can diagnose a concussion. There’s no scan, no blood test, no computer test,” said Steven Broglio, director of the Michigan Concussion Center and professor, athletic training.

According to Rachel Russo, a trauma and emergency surgeon and clinical lecturer, this device could guide the treatment of more serious brain injuries and other conditions that put the brain at risk.

“It could help patients whose blood pressure falls so much that there isn’t enough blood flow to keep cells functioning normally,” said Russo.

Previous experiments used infrared lamps, but the signal from the CCO is not very distinct.

“Hemoglobin, which tells us about the blood oxygen levels, also responds to the range of wavelengths we use to probe CCO, and it is 10 to 20 times more plentiful in human tissue,” explained Mohammed Islam, professor of electrical engineering and computer science.

“We needed a stronger signal from the CCO to distinguish it from the haemoglobin and other molecules in the body, and we got that stronger response by using a laser that is nearly 10 times brighter than the lamps,” he elaborated.

The quicker you identify a concussion, the faster you can begin the recovery process of resting and gradually returning to normal activity, said, researchers.

Research in the last 10 years has shown that resting sooner can shorten recovery time, helping people get back to school, work and military duty. 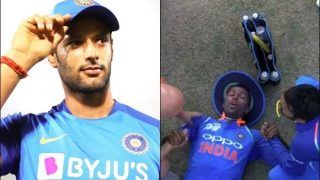 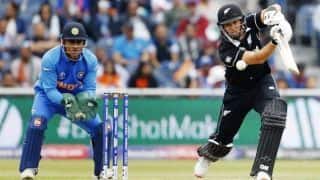