Batting first, the CA XI was dismissed in the 46th over for 200, with Angus Lovell (56) and Austin Waugh (53) combining for a fourth-wicket partnership of 84.

NSW Metro shared the wickets, with Peter Francis and Lawrence Neil-Smith each taking three. In reply, Ryan Hackney (97*) and Jordan Gauci (61*) combined for an unbeaten second-wicket stand of 106 as NSW Metro strolled to the required total with 45 balls to spare.

Tasmania compiled an impressive 6-234, thanks mainly to half-centuries from Mac Wright (71) and Liam Devlin (54).

Hosts South Australia couldn t get past an impressive Queensland side.

SA made a respectable 234 on the back of half-centuries to Ben Pengelley (88) and Connor Dudley (54), however Queensland captain Nathan McSweeney (74*) and Harrison Wood (90) helped their side to a seven-wicket win.

NT scrapped their way to 141 thanks to some tail-end hitting from Hamish Martin (32).

Ben Taylor claimed three wickets for ACT/NSW Country, before his side reached their target with 17 overs to spare.

VIC Country batted first and made 8-227 from their 50 overs, with Matthew Underwood scoring 57, while Thomas Ewing chipped in with 42.

Liam Knight was the standout with ball for WA, finishing with figures of 4-33 from his 10 overs, before Aaron Hardie (90*) and Daniel Moore (77) starred with the bat as their side secured victory in the 42nd over.

Scores in Brief Round 1

Fixtures Round 2 (all matches begin at 10am local time) 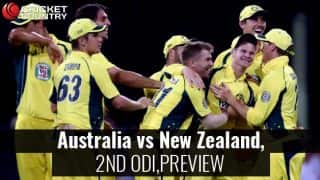 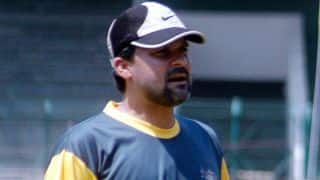