125,993 people attended the four days of the Test, setting a new record for non-Ashes attendance at the Adelaide Oval.

Day-night Test cricket s return to Adelaide Oval for a second year has been an enormous success, with fans flocking to the match and millions more around the country tuning in to watch the pink ball action of the Commonwealth Bank Day-Night Test between Australia and South Africa. 125,993 people attended the four days of the Test, setting a new record for non-Ashes attendance at the Adelaide Oval and surpassing the 123,736 attendance set at the Commonwealth Bank Adelaide Test last year. TV ratings were also strong, with an average of 1.827 million viewers nationally tuning in for the final session of the match, peaking at 2.124 million. Ratings across the match demonstrated the huge appetite for day-night Test cricket, with viewership achieving an average well over one million for the vast majority of the match. FULL CRICKET SCORECARD: Australia vs South Africa, 3rd Test at Adelaide

It was fantastic to see the great crowds at Adelaide Oval and the many other fans around the country, and internationally, tuning in across the day-night Test in Adelaide. It has surpassed the success of the first day-night fixture last year and further demonstrated the potential of the format to reinvigorate Test cricket both here and around the world. The scheduling of day-night Tests has been driven by a desire to make Test cricket more accessible, so it is wonderful to see the format resonate with so many of our fans. READ: Australia vs South Africa, day-night Test, Match Report: Hosts salvage pride; win by 7 wickets

I am sure that many of our Brisbane fans are now even more excited about the upcoming day-night Test against Pakistan at the Gabba next month and we will certainly explore the opportunity to host further day-night Tests in future seasons.

Australian fans will get another taste of day-night Test cricket this summer when Australia takes on Pakistan in the Commonwealth Bank Day-Night Test in Brisbane from 15 December. Tickets are available from $30 for adults, $10 for kids, and $65 for a family, while Twilight Tickets that give access for the last two sessions of the day are available from $20. 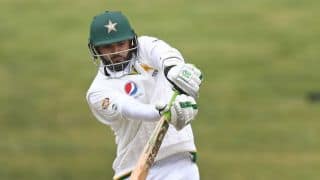 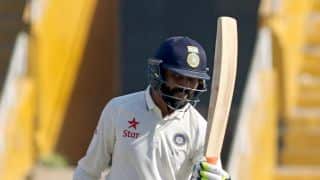