Faf du Plessis expects the conditions to be a lot quicker to those in Potchefstroom, encouraging signs for the pace arsenal.

South Africa’s Faf du Plessis, has called for another dominant performance in the second Sunfoil Test match against Bangladesh starting at the Mangaung Oval on Friday. Du Plessis described the 333-run win in the first Test as spotless , and has urged his players for the same consistency to finish off the series on a high. We want another dominant performance, Du Plessis said at his pre-match press conference in Bloemfontein on Thursday. If we are honest with ourselves, in conditions like this it is important that we do that against Bangladesh. Yes, on their day they can be dangerous but we need to keep pressure on them and restrict opportunities in the game where they can get on top of us.

In this game it is important for me that we show that consistency, he explained. We were brilliant for five days in Potch, we didn t have half-a-session that belonged to Bangladesh, it was the perfect game that we played. It is important that we back it up in another game here, that consistency is the excellence we are striving for. The injury to Morne Morkel has presented a selection conundrum for the selectors, who are considering the options of a like-for-like swap or an extra all-rounder. Du Plessis expects the conditions to be a lot quicker to those in Potchefstroom, encouraging signs for the pace arsenal.

It s a tough one, the big thing is the loss of Morne he said of selection. From a selection point of view you want to make sure the venom in your bowling attack is still the same. With Morne, KG, Dale and Vernon there is an expectation of what you are going to get, if you don t have those guys you are not always sure. It is important for us to look at how we can best balance the side but still have a strong bowling attack. This series is the last Test series of 2017, and given the number of injuries to the squad s leading fast bowlers, it has been the ideal opportunity for the brains trust to assess the depth of fast bowling resources in the country.

With the big players missing, especially against teams like Bangladesh, it is important to see what your resources are, Du Plessis said. We are unlucky that we have four bowlers injured at the same time, we are never really faced with a scenario like this. For the first time I am getting to see someone like Patto (Paterson) with the red ball and I m able to see what he is capable of and the depth in our country. 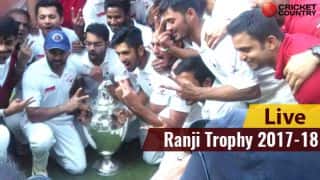 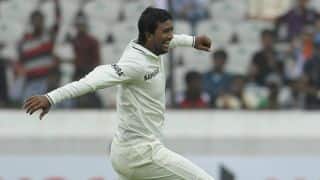 Ranji Trophy 2017-18: Pragyan Ojha handed NOC by Bengal ahead of the opening tie