Day Two of the Cricket Australia (CA) U-18 Female National Championships got underway today with hosts Tasmania losing to the Cricket Australia XI in a spectacular fashion at Kangaroo Bay Oval. Batting first, the CA XI struggled to build any substantial partnerships as Tasmania dominated the first innings. Olivia McDonald (3 for 11) was Tasmania s best bowler and figures of 2-0 to Courtney Webb helped finish CA XI s innings. In reply, Rosie Wynd (4 for 4) and Hannah Darlington (3 for 2) tore through Tasmania s batting line-up, restricting the home side to just 36.

ACT/NSW Country also set up their win with an impressive bowling effort at KGV Oval after bowling South Australia out for 96. Captain Amy Riddell (3 for 23) and Ellie Dalgarno-Fixter (2 for 11) were impressive with the ball, while Tait Mackrill (24) was the best with the bat for South Australian.

ACT/NSW Country chased down the target with ease, thanks largely to Matilda Lugg (32) and Tahlia Wilson (30) who both finished not out. West Australian opening batters Caitlin Crocetta (34) and Gemma Cassidy (19) started their side s innings with a 57-run partnership against Queensland at University Oval.

Despite their best efforts, Tara Wheeler (3 for 20) and Ashleigh Sims (3 for 25) were able to restrict Western Australia who posted 134. Queensland were unable to get off to the start they wanted, with early wickets leaving them at in trouble at 3 for 4. The next two wickets were harder to get for Western Australia with Tara Wheeler (18), Josephine Dooley (30) and Carly Fuller (18) showing some fight.

Ashlee King did the bulk of the damage for Western Australia with figures of 4-17, with Queensland all out for 116. NSW Metro produced the best batting performance of the day on a flat TCA pitch, with Ashley Day (49) falling just short of a half-century after being caught and bowled by Victorian Captain Georgia Wareham.

Carly Leeson was sensational with an imposing 77 from 100 balls, while Hannah Trethewy (55*) and Madeline Penna (47*) finished off NSW Metro s innings in style and moved the team s total to 258. Victoria couldn t match NSW Metro s efforts with the bat and were bowled out for 90. 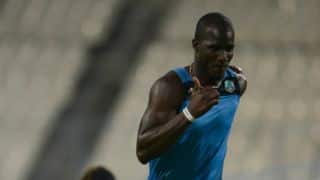