With a rest day scheduled for tomorrow, day three of the Cricket Australia Under 18 Female National Championship brought about a change in format with each team competing in two Twenty20 matches. In blustery conditions at Gunn Oval, Victorian openers Zoe Griffiths (17) and Nicole Faltum (26) combined well to get their side off to a good start against Western Australia. Georgia Wareham (36) was best with the bat for Victoria and with the help of Amy Yates (28), boosted their sides total to 120. In reply, Western Australia struggled to build any significant partnerships, with a steady flow of wickets making the going tough as Victoria ran out 59-run winners.

Across the road at Ferguson Park, two undefeated sides in NSW Metro and the Cricket Australia XI faced off in a close encounter.

Batting first, the CA XI set NSW Metro 72 to win with opener Annabel Sutherland (22) the only batter to pass 20.

Despite passing the total in the 19th over, NSW Metro suffered some nervous moments in their chase, with Lilly Mills (3-21) and captain Hannah Darlington (3-9) impressing with the ball.

ACT/NSW Country made an impressive 9-141 in their match against Queensland thanks to a half-century to Kirsten Smith (67) and 45 to Rachel Trenaman.

The total could have been bigger for ACT/NSW Country if it was not for a remarkable bowling effort from Tara Wheeler, who picked up 6-15 runs off her four overs.

The total proved too much for Queensland who were bowled out for 91, Katelyn Beaumont (3-12) and captain Amy Riddell (2-18) completing a comprehensive victory for ACT/NSW Country.

At Lindisfarne Oval, South Australia managed to chase down Tasmania s 107 with just one ball to spare.

Eliza Doddridge (59) did the bulk of the damage for South Australia, while Ellie Falconer contributed a handy 19.

In the second round of matches, Western Australia s 4-112 was enough to get them over the line against South Australia with Rebecca West (39*) and Georgie Ireland (25) impressing with the bat.

In their second match of the day, an explosive 52 off 41 balls from Courtney Webb was not enough to get Tasmania across the line against NSW/ACT Country at Lindisfarne Oval.

After stumbling to 3-42 early in their innings against the CA XI at Ferguson Park, Victoria recovered to post 7-89 off their 20 overs.

The total was not enough however, as Hannah Darlington (29) and Anabelle Sutherland (18) guided their side to victory.

NSW Metro continued their winning run in the final match of the day against Queensland.

Needing 93 runs for victory, Clara Lemma hit an unbeaten 43 and alongside Carly Leeson (18), ensured NSW Metro chased down the runs inside the 15th over.

Full fixtures and results can be found at www.nationalchamps.com.au. 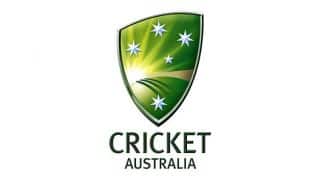 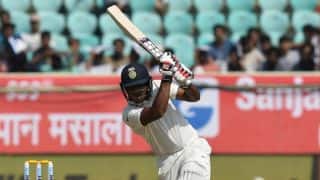