From the 16 players to tour, 13 have represented the BLACKCAPS previously, with seven currently centrally contracted to NZC.

Henry Nicholls will lead New Zealand A in two First Class matches and five One Day matches in a tour against India A later this month. There will be only one change in the 15-man squad for the different formats, with Jeet Raval being replaced by Glenn Philips following the First Class fixtures. From the 16 players to tour, 13 have represented the BLACKCAPS previously, with seven currently centrally contracted to NZC.

Selector and Manager for the tour, Gavin Larsen, said the NZ A programme is critical to preparing players for international cricket. Going into a significantly different environment to that of the New Zealand domestic scene is a huge opportunity to promote player growth, said Larsen. Preparing for international cricket is challenging, so this is a great chance for these players to improve their game in sub-continent conditions.

Larsen expected the team to be very competitive and pointed to an exciting initiative to take a specialist wicket-keeping coach abroad for the first time. There s quite a range of experience within the group, with a number having already featured for the BLACKCAPS and all of them with a chance to impress. It will be a new test for the likes of Sean Solia and Will Young, but it s an opportunity they ve earned through performance.”

Having Marty Croy there to work with our three young wicketkeepers will be of immense benefit to their development. It s obviously a very specific skill set and a position we need to build depth in. Shane Bond will be the head coach of the side. The team depart for India on 19 September. 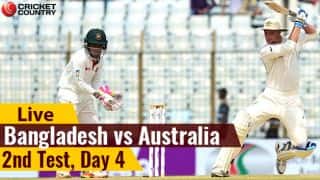