Some individual performances at the ICC Intercontinental Cup and the ICC World Cricket League would give Hong Kong and PNG hope as they get ready to challenge oppositions in a bid to make it to the ICC Cricket World Cup 2019.

Some fine individual performances at the ICC Intercontinental Cup and the ICC World Cricket League Championship would give Hong Kong and Papua New Guinea (PNG) hope as they get ready to challenge more fancied oppositions in a bid to make it to the ICC Cricket World Cup 2019. Hong Kong, who won eight of their 14 matches at the ICC World Cricket League Championship to seal a spot in the upcoming ICC Cricket World Cup Qualifier, may still be missing a player of the caliber of Mark Chapman, who now plays for New Zealand, but have other proven commodities.

We are all really pleased for Mark, he has been working towards playing for New Zealand for so long, he was a fantastic player for Hong Kong. Not only his runs, but his energy and off-field contributions will be missed too, said coach Simon Cook, who feels the likes of captain Babar Hayat, all-rounder Anshuman Rath, left-arm spinner Nadeem Ahmed and off-spinner Ehsan Khan are all potential match-winners.

Hayat was the highest scorer in the first-class I-Cup with 712 runs from six matches, Rath led the run tally at the World Cricket League Championship with 678 runs while Ahmed grabbed 28 wickets at the I-Cup and was the most successful bowler in the WCLC with 24 scalps.

We have some really good players starting to dominate Associate cricket. Anshuman Rath and Babar Hayat over the last 12 to 18 months have really stood out, Ehsan Khan and Nadeem Ahmed have performed very consistently and have been a major part of our successes. We have some exciting new players coming into the squad and I am really looking forward to seeing what they can do on the international stage, said the Englishman.

Cook says the side has been in great fitness and form over the past six months and that his role would be to keep the players calm and focussed. This is a tournament within a tournament, there are many different targets that each team will have at different stages. We are just keeping it simple and focusing on what we do best. We know that if we play to our potential we can have a good tournament.

Coaching teams in tournaments is always a challenge. The biggest challenge once you are in the tournament is to keep all the players relaxed but focused. All the preparation work has been done in the lead-up, so it s a case of ensuring that all 15 players are in the right frame of mind to perform to the best of their ability, he said.

Much like Hong Kong, PNG too won eight of their 14 matches at the World Cricket League Championship and have had some hearty performances from their players, which helped them qualify as the fourth team from the tournament after the Netherlands, Scotland and Hong Kong. Captain Assad Vala boasted the joint-second highest aggregate of 700 runs in the Intercontinental Cup while pace bowler Norman Vanua had an impressive 20-wicket haul in seven matches at the Intercontinental Cup and was joint-third in the World Cricket League Championship with 23 wickets.

We have big matches coming up in Zimbabwe. We have to work really hard, it s going to be a step up for us and the teams we are going to play will give their best. We have to get ready and do the best we can, said captain Vala. It won t be easy but as a group, we are looking for forward to the qualifiers. It means a lot to be playing in the World Cup Qualifiers. We have worked really hard and given ourselves an opportunity to archive something special as a group, he added.

In the ICC Cricket World Cup Qualifier, PNG are in Group A along with Ireland, the Netherlands, the United Arab Emirates and the Windies, while Hong Kong are in Group B along with Afghanistan, Nepal, Scotland and Zimbabwe. 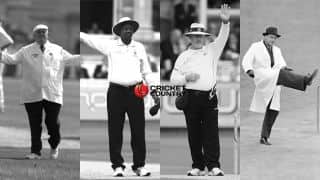 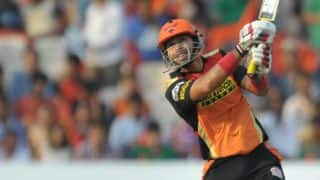