With seven games in 22 days, WHITE FERNS coach Haidee Tiffen acknowledged she will have to utilise her resources well.

Bristol is set to be a crucial battle ground for the WHITE FERNS at the ICC Women s World Cup 2017, following the release of the tournament schedule on International Women s Day. Suzie Bate s third ranked one-day side will open their campaign against Sri Lanka at the Bristol County Ground on June 24, before returning a week later for a crunch clash against old rivals Australia. The eight team tournament sees all sides face each other in just over three weeks of frenetic pool play. The top four qualifiers will advance to the semi-finals, with the subsequent winners squaring off in the World Cup Final at Lord’s on July 23.

It s really exciting to see the full schedule laid out with the grounds, dates and opponents locked in, Bates said upon seeing the draw. There s so many good match-ups across the board and it s going to make for a thrilling Group Stage as all of the teams fight to make the finals. I ve played at a couple of these grounds before and they ll provide a great setting for what I am sure will be some epic clashes.

With seven games in 22 days, WHITE FERNS coach Haidee Tiffen acknowledged she will have to utilise her resources well. We ll name a strong squad for the tournament and every player will have to be ready to step up at any time. The schedule will certainly test us as we move from Bristol, to Derby, to Taunton and back to Derby, hopefully before a semi-final in either. It s exciting. This is what we ve all been working towards for a long time now and I feel like we re on track after a tough series against the world number one s Australia.

The WHITE FERNS will hold pre World Cup camps in April and May before the squad assembles in Hampshire on June 10ahead of the tournament warm-ups. 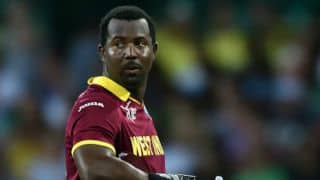