The Indian Premier League is set to re-activate its immensely popular Fan Park initiative for the third consecutive year.

The VIVO IPL 2017 is just around the corner and cricket fans this season will have more reason to cheer.

Hand in hand with its breakthrough 10th season, the Indian Premier League is set to re-activate its immensely popular Fan Park initiative for the third consecutive year. As befits the landmark 10th season of the IPL, the latest edition of the Fan Park promises to be bigger and better.

Launched in 2015, initially in 16 cities, this year s edition of the Fan Park will be held in 36 cities in 21 states, bringing fans across the length and breadth of India closer to their beloved sport. These include 14 new cities, like Bhubaneswar, Bareilly, Kochi, Ludhiana, Tumkur and Nagercoil which will host the Fan Park for the first time, as well as cities like Shimla and Shillong, where the passion for cricket has only recently exploded into a frenzy that continues to grow with each passing season of the league.

Each venue will broadcast all the action of the IPL Live on giant TV screens, creating a stadium-like feel for fans practically in their backyards. Entry will be free and furthermore, there will be music and multiple stalls for merchandise, food, beverages and other activations by IPL s official sponsors, which will add to the electric atmosphere.

Last season saw a massive turnout of 3,00,000 cricket enthusiasts who experienced the IPL live at the Fan Parks. The 10th edition is expected to generate a greater turnout with organizers leaving no stone unturned to ensure a successful season.

The first VIVO IPL Fan Park for the 2017 season will be held on April 5th in Guwahati, Mathura, Aurangabad and Mysore. The countdown has begun.

Schedule for the IPL Fan Parks is given below: 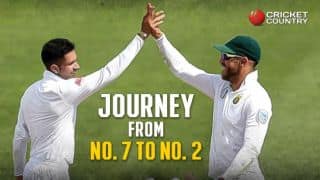