Kolkata's most loved team and one of the most successful franchises in the IPL, KKR has now joined hands with the CAB.

Kolkata’s most loved team and one of the most successful franchises in the IPL, Kolkata Knight Riders (KKR) has now joined hands with the Cricket Association of Bengal (CAB) in a first of its kind U-16 tournament.

Conducted in honour of the Kolkata Mayor, Mayor’s Cup in Association with KKR & CAB will commence on March 15th, 2018 and feature 44 school teams competing against each other in the 45-over format of the game. The objective of this tournament is to provide young cricketing talent in the city a platform to showcase their capabilities.

Venky Mysore, MD & CEO of KKR, said, KKR has always received a lot of love and support from its fans and the city of Kolkata, we are very grateful for it. KKR s vision for this tournament is to encourage and develop young talent in Kolkata and West Bengal. We would hope that this initiative with the support of the Mayor s office and CAB will create enough excitement among the young and budding cricketers in Kolkata. There is significant incentive built in for the young cricketers and the school teams, which is bound to make this a very competitive tournament .

“The Mayor’s Cup is the premiere inter school tournament. The fact that KKR has decided to sponsor this Cup shows their commitment to cricket at grassroots level in the region. We appreciate this effort , said the CAB President, Mr. Sourav Ganguly.

Mayor s Cup for U-15 boys of inter school cricket tournament under the Kolkata municipal corporation jurisdiction is the prestigious tournament which has been organised by the KMC and the Cricket Association of Bengal for the last few years. I am very happy the Kolkata Knight Riders have come forward and extended their hands of cooperation with us to make this event a grand success. I think KKR will also take the opportunity to scout the budding talents from this tournament and train them with the help of CAB. On behalf of the KMC I will make every endeavour to support my level best for smooth conduct of the tournament , said Debashish Kumar, Member, Mayor-In-Council.

“Tournaments like Mayors Cup go a long way in scouting talents at the junior level. KKR’s decision to associate themselves with this event shows how serious they are about developing cricket in this region. We laud the effort and hope to see them being involved more with local cricket in the region , said Hon. Joint Secretary, CAB Mr. Avishek Dalmiya.

This year’s edition will happen across eight maidans in Kolkata, and the finals will be held at Eden Gardens, where members of the KKR squad will attend the finals. 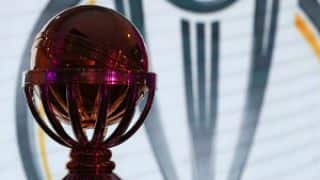 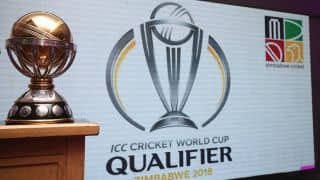