A record 27 overseas players are set to join Hong Kong's best domestic talent as final squads were confirmed ahead of the 2018 Hong Kong T20 Blitz set to be played from February 6-11.

A record 27 overseas players are set to join Hong Kong’s best domestic talent as final squads were confirmed ahead of the 2018 Hong Kong T20 Blitz set to be played from February 6-11.

In total, 10 overseas players from the 2017 edition have returned for a second time, including headline stars Kumar Sangakkara (Galaxy Gladiators), Daren Sammy (Jaguars) and Dwayne Smith (Cantons), providing another opportunity for Hong Kong local players to learn from the world’s best.

I loved the previous season of the Blitz, and cannot wait to represent Gladiators for the second time running. I m super excited to get back with the team, said Sangakkara.

I loved the Hong Kong experience and vibe and to come again and play with the home-grown talent in front of such enthusiastic supporters is something I am looking forward to.

Defending champions Kowloon Cantons have gone to pace in their bid for a three-peat with Pakistan’s Wahab Riaz set to play in the Blitz for the first time. They won’t be the only side with pace to burn, with Hong Kong Island United securing 216cm quick Mohammad Irfan. Meanwhile the Galaxy will have young gun Jofra Archer in their armoury, who has been bowling in excess of 150km/h in the Big Bash League.

City Kaitak boast a wealth of international experience with West Indies Rayad Emrit returning to the franchise and supported by Sohail Tavir, Ravi Bopara, Samuel Badree and Kyle Coetzer, who was the second leading run-scorer in the tournament last year.

“The depth of talent in this year’s overseas draft is incredible,” Tournament Director Matt Stiller said.

“The franchise owners have done fantastically well to assemble these squads, which are sure to provide a great spectacle for cricket fans in Hong Kong.”

To encourage the continued development of emerging cricket nations and Chinese cricket, each squad is required to field one overseas Associate player and one Cricket Hong Kong Dragons player.

The franchises have embraced this vision wholeheartedly according to Stiller.

“It’s great to see franchises promoting the Associate member nations, not only by raising the profile of the tournament in Hong Kong, but by including players like Paul Van Meekeren and Scotland captain Coetzer, who will make up integral parts of the playing XI’s.

“We’re expecting a great show with sold out crowds on the weekend,” he said.

Over 120 sixes were hit over five days of the tournament last year and that number is expected to increase with some enormous hitting power signed on.

HKI United’s Kamran Akmal is one of the most notable with 145 sixes in his T20 career alone, while Galaxy’s Cameron Delport smashed 109 off 59 balls for Leicestershire in England’s T20 Blast last season.

And not to be forgotten is the hitting power of the locals, with Hong Kong captain Babar Hayat coming in off the back of being the leading run scorer in Nepal’s Everest T20 League and Nizakat Khan looking to repeat the dose of his whirlwind century against City Kaitak in last year’s Blitz.

The finale weekend of the 2017 Blitz sold out early and with Cricket Hong Kong making tickets to the weekday matches available at just $20, seats are expected to be scarce. To purchase tickets please visit www.ticketflap.com/hkt20blitz2018. 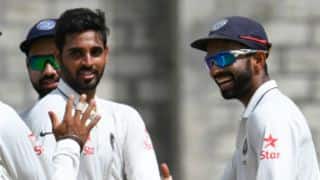 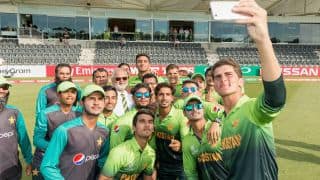