Both sides will now head north for a five-match T20I series starting Wednesday at Bay Oval in Tauranga.

The WHITE FERNS have swept the West Indies 3-0 in the GJ Gardner Homes ODI series after an impressive 205-run win under the sunshine at Hagley Oval. Captain Suzie Bates (89) joined Debbie Hockley in becoming the second WHITE FERN to surpass 4,000 ODI runs, while Sophie Devine (73*) and Amy Satterthwaite (69) were also among the runs as the hosts posted 310-5 batting first.

Holly Huddleston (2-19), Hannah Rowe (2-31) and Devine (3-24) were the best of the bowlers as the West Indies were dismissed for 105 in the 35th over. The WHITE FERNS innings got off to rocky start with the early run-out of Lauren Down who was opening for the first time in the series.

This brought Satterthwaite and Bates together who would combine for a second-wicket record partnership against the West Indies of 151. Bates brought up the 4,000-run milestone as she raised her half-century and after being dismissed for 89, requires just 24 more runs to pass Hockley (4,064) as the WHITE FERNS all-time leading ODI runs scorer.

Sophie Devine came in at number 5 and she had little difficulty adjusting to the role after opening the batting in the first two matches. The Wellington Blaze all-rounder was aggressive from the outset, forming strong partnerships with Katey Martin and Anna Peterson to get the WHITE FERNS up to 310-5 from their 50 overs their sixth highest ODI score ever.

The WHITE FERNS started strongly in the field with Kate Ebrahim producing a sharp piece of work to run-out Kycia Knight (0) in the third over.

Holly Huddleston continued her strong form with the ball, taking the important wicket of Hayley Matthews in her first over to leave the West Indies 21-2. The Auckland Hearts seamer then claimed in-form West Indies captain Stafanie Taylor for 26.

The WHITE FERNS kept the pressure on with the ball as Hannah Rowe was rewarded for a persistent line and length.

Leigh Kasperek chimed in with a wicket as Anna Peterson claimed her third catch of the innings, before the Central Hinds speedster Rowe dismissed Merissa Aguilleira. The West Indies never recovered as Ebrahim nabbed a wicket and Devine cleaned up the tail.

Both sides will now head north for a five-match T20I series starting Wednesday at Bay Oval in Tauranga. 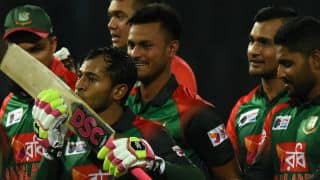 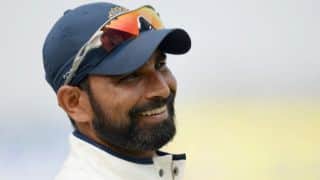