The winner of Zimbabwe vs West Indies will meet Sri Lanka in the final of the Tri-Nation series.

It s do or die for Zimbabwe and West Indies as they face off tomorrow at Bulawayo s Queens Sports Club in a match that will decide Sri Lanka s opponents in the final of the Blue Mountain Achilleion Cup at the same venue on Sunday. Although Zimbabwe s overall record against West Indies is far from flattering, the hosts almost knocked over the Caribbean islanders last Saturday in their first meeting in this Tri-Nation series, a positive sign that a major upset is possible when the two sides square up again tomorrow.

West Indies go into the decisive match sitting on seven points thanks to their 62-run bonus win over Sri Lanka in Harare and their share of the spoils in the tie with Zimbabwe at Queens Sports Club last Saturday.

On the other hand, Zimbabwe will be looking for their first win of the Tri-Nation series having garnered a total of four points from the West Indies tie and Monday s washed-out match against Sri Lanka. This means whoever wins tomorrow s match will make it to Sunday s final against Sri Lanka, who topped the round-robin stage with 11 points.

This is a massive match because whoever wins between ourselves and West Indies goes straight to the final, so we are well prepared and obviously looking forward to this big opportunity, Zimbabwe head coach Heath Streak said on the eve of the decisive match against the Caribbean side.

We don t want to disappoint the Bulawayo fans. They really stood firm the other day when we had a tight game against West Indies so, hopefully, we can make it even better this time and get into the final.

The last encounter between the two sides was dominated by two superb third-wicket partnerships, by Craig Ervine and Sikandar Raza for Zimbabwe and by Kraigg Brathwaite and Shai Hope for West Indies.

Both teams suffered batting slumps after these stands were broken, setting the stage for a thrilling last-ball finish. It s a match that Zimbabwe should have won, though, and Streak believes his charges will make it count this time round. All week we have been working on putting up an even better performance and we will not want to repeat our mistakes. We know we will need to score a couple more runs than we did last time, keep our bowling tight and put in a polished fielding performance”, said Streaks. 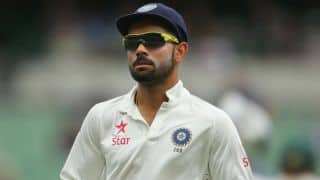 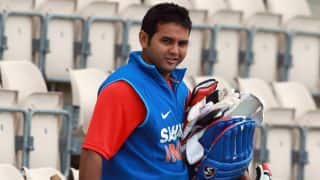