Contrary to some media reports, all is set for the second round of Zimbabwe’s domestic First-Class competition, the Logan Cup, which gets underway this coming Tuesday. Harare Metropolitan Eagles will host Midlands Rhinos at Harare Sports Club while Manicaland Mountaineers will face Bulawayo Metropolitan Tuskers at Mutare Sports Club in fixtures scheduled for 17-20 January 2017. All the teams are raring to go after an unfortunate misunderstanding over provincial salaries had resulted in the disruption of the first-round match between Tuskers and Rhinos at Queens Sports Club in December.

Some players on provincial contracts were not happy when their December salaries were delayed because the provinces they represent had not submitted their paperwork in time for the Zimbabwe Cricket secretariat to include them on the December payroll together with the other players on central contracts and non-playing staff. All salaries are now up to date. Meanwhile, the Zimbabwe Premier League (ZPL) continues with four fixtures scheduled for this Saturday. In the capital city, Muzvezve Tigers will face Rainbow at Old Hararians, while Southern Lions and Takashinga Patriots 2 will meet at Takashinga Sports Club.

Elsewhere, Inkatha and Eastern Lions will tussle it out at Masvingo Sports Club, with the match pitting Amakhosi against Takashinga Patriots 1 at Kwekwe Sports Club completing this weekend s 40-over ZPL fixtures. 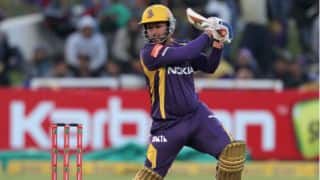 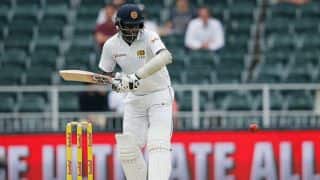